Home Games The 6.2 patch for Final Fantasy XIV is shaping to be one of the best significant updates we get for 2022.
Games

The 6.2 patch for Final Fantasy XIV is shaping to be one of the best significant updates we get for 2022. 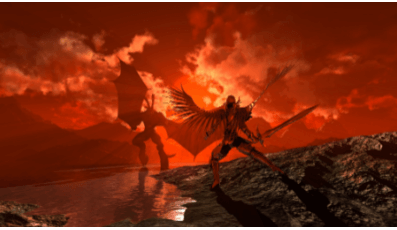 The release of the Final Fantasy XIV 6.2 update is getting ever closer. With the Live Letter 72 set for August 12, players have a good idea of when the next patch update will likely go live. For now, we know that the upcoming patch is called “Buried Memory,” and it’ll feature all-new story content, raids to farm FFXIV Gil, and much more. If you’re wondering what to expect for the 6.2 update, you’ve come to the right place. Here’s a breakdown of all confirmed content in FFXIV’s future patch.

Tune Into the Live Letter

Most of the stuff that we’ll talk about is more or less confirmed to be coming to the 6.2 patch, but if you want to get into the nitty gritty stuff, we highly recommend that you tune into this August’s Live Letter. In fact, this month’s Live Letter will be the 72nd Letter from the Producer LIVE FFXIV since the launch of A Realm Reborn.

These panels allow developers and producer Naoki Yoshida to talk to the MMO’s enormous community about news, upcoming releases/updates, and anything under the sun related to Final Fantasy XIV. The Live Letter for August is scheduled for the 12th day at 4 AM Pacific, and you bet yourFFXIV Gil that’s where the bigwigs will talk about the in-depth stuff for Buried Memory.

The only caveat to listening in about the Letter from the Producer LIVE is that all the things the devs and Yoshi-P will be saying won’t be translated. In the past Live Letters, they were translators present throughout the stream to ensure that English and Japanese speakers could understand what the panelists were saying. Now, they decided to make do without them.

As convenient as these having these translators on stand-by are, they double the length of time the Live Letters usually take. Hence, the head honchos decided they wouldn’t need a translator for smaller showcases like this occasion. Unless your Nihongo is at a conversational level, you’ll have to wait and make do with the fan translations and the English info shown in slides during the Live Letter.

Endwalker indeed brought the current arc in FFXIV to a close, but that doesn’t mean Square Enix is finished with the world of Hydaelyn—far from it. After the rollercoaster that was Endwalker, Tataru’s Grand Adventure continues! You can expect sky pirates from Heavensward’s Shadow of Mhach alliance raid to make a return to the ever-growing MMO. If you still haven’t completed the raid series, now is the best time to do so before resuming Tataru’s story.

A New MSQ dungeon, a mystery new trial (with an extreme variant), and the Fell Court of Troia are also coming. Besides that, there will be an unreal trial variant that aims to replicate the launch experience of Containment Bay S1T7. Returning from the depths of the Heavensward expansion, the first of the Warring Triad, Sephirot, will be the next unreal trial battle.

For those that are itching for a new 8-play raid, look alive! The second part of the Endwalker raid series, Pandaemonium: Abyssos, will release alongside the 6.2 update. The raid will be available in both Normal and Savage difficulties, with the Savage version planned for release a week after the official launch of Buried Memories. According to Naoki Yoshida, this is a test to see how delays affect player progression; they’ll be considering player feedback to decide whether they’ll continue with this pace in future updates.

Changes Could Be Made for the Allagan Tombstones

It’s not confirmed yet, but the 6.2 patch may make some changes to the Allagan Tombstones in Final Fantasy XIV. Allagan Tombstones are tokens you can exchange for rewards such as cosmetics and late-game gear. To obtain these Tombstones, you’ll need to beat trials and dungeons and do endgame duties.

Some players in the FFXIV community speculate that adjustments will be made for the Allagan Tombstones Revelation, Aphorism, and Allegory. Moreover, a new Tombstone known as “Causality” would allegedly be introduced. As we’ve stated before, nothing about this is 100% sure yet, but it’s best to keep it in mind if you’re fond of collecting the “currency.”

The Release Date for Buried Memories

If we look back at the past major content releases, the patches in FFXIV have come out two weeks after the second Letter from the Producer LIVE for it. Since the Live Letter slated for August 12 is the second to cover the 6.2 update, you can expect it to go live two weeks after—around late August. If you’re looking for a definite date so you can prepare your FFXIV account, the official release date for the 6.2 Buried Memories patch will likely be revealed during the Live Letter itself.

How to sell a house in Florida by Discount Real Estate Brokers?