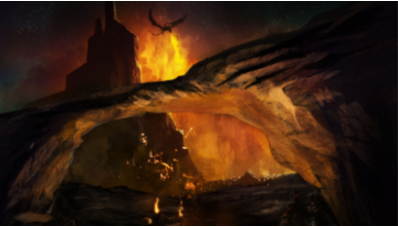 It’s been five months since Lost Ark was released on February 11, and the game is still going strong. New content has been added every month, including two new classes, new dungeons and raids, and a lot of bug fixes. The player count is still high according to Steam Charts. We will talk more about that later.

Lost Ark gold is still a hot commodity, as players look for ways to get the best gear and items. There are many ways to earn Lost Ark gold, from challenges to completing quests.

Let’s jump into what Lost Ark has been up to since it has been released.

While the game had a large number of players at launch, over 1,300,000 peak players, that number is lower now. However, not as low as many would think. Lost Ark has a nice following and being free-to-play probably helps. It now has an average of 500,000 players and 800,000 peak players. That is impressive and with each update, more players seem to be coming back.

A lot of players are a good indicator of the health of an MMO. More players mean it is easy to get groups together for raids so you can get Lost Ark items. Even more important, a booming player base for Lost Ark means more gear in the Auction House to buy with Lost Ark gold. With Lost Ark’s player base so high, they will continue supporting the game for a while.

The Glaivier was the first class introduced after the initial launch. The Glaivier is a fast, combination-focused fighting class. The Glaivier slashes through her opponents with two weapons: a spear and a glaive. On the battlefield, each instrument has its own function.

The spear is the shorter-ranged weapon. When in the Flurry posture, the spear unleashes a flurry of assaults. The glaive has a longer range and focuses on flaws in the opponent’s defenses. The glaive features wide sweeping attacks as well as precise deadly strikes. Learn how to use both weapons effectively in combat to fully utilize

The Destroyer was released in May, it was the second class to be added to the game after launch. The Destroyer is an advanced class of the Warrior who employs a hammer as their primary weapon. The Destroyer is a close-range fighter with a few gravity-controlling and seismic-thundering abilities. This class also has some excellent crowd control capabilities, can take a lot of damage, and can tank quite a bit.

Finally, this class has its own mechanic that can make him stronger. Gravity Cores, which the player obtains by using certain abilities, are used in this mechanism. They may be utilized to improve attacks. The Destroyer class might be a good choice for endgame raiding and dungeons. As a result, people wanting to generate Lost Ark gold on a regular might want to consider this class.

The new raid type was first introduced in the March update. To defeat a boss before the time runs out, Abyss Raids necessitates players to collaborate. The distinction is that Abyss Raids pit eight players against a Guardian, who is considerably more formidable than your standard Guardian.

Players must go through three distinct phases as they join forces to defeat their massive opponent. Each phase offers its own bounty, and there are several elements and attack routines to consider. Abyss Raids are a fantastic way to get Lost Ark gear. There is only 1 Abyss Raid at the moment, at least in the North American version.

Legion Raids are 8-player dungeons in Lost Ark that must be planned and carried out as a team to understand and combat each boss’s distinct qualities, skills, and mechanics. As Legion Raids become more difficult, they will have gates (or checkpoints) that will preserve a player’s progress as they go through the raid. So far there are only 2 legion raids. The first was added in May and the second was released in June.

So far, Lost Ark is still consistent in players and content. Each month, players have something to look forward to. After 5 months, Lost Ark seems to have found its footing when it comes to updates. It was moving slightly slow in the beginning, but it is doing much better. Two new classes have already been released and another is coming soon. Bots are still a problem but are now much less of a problem compared to when the game launched. They aren’t messing up the Lost Ark gold economy as much anymore.

Many people were wondering how the game is looking after 5 months. Honestly, it is looking really good, it is catching up with the Korean version quickly enough.

What are your thoughts on how Lost Ark is progressing? Let us hear what you have to say in the comments.

The 6.2 patch for Final Fantasy XIV is shaping to be one of the best significant updates we get for 2022.

Be the toughest knight in the battlefield with this Crusader build