Card Games that can Fetch you Real Money 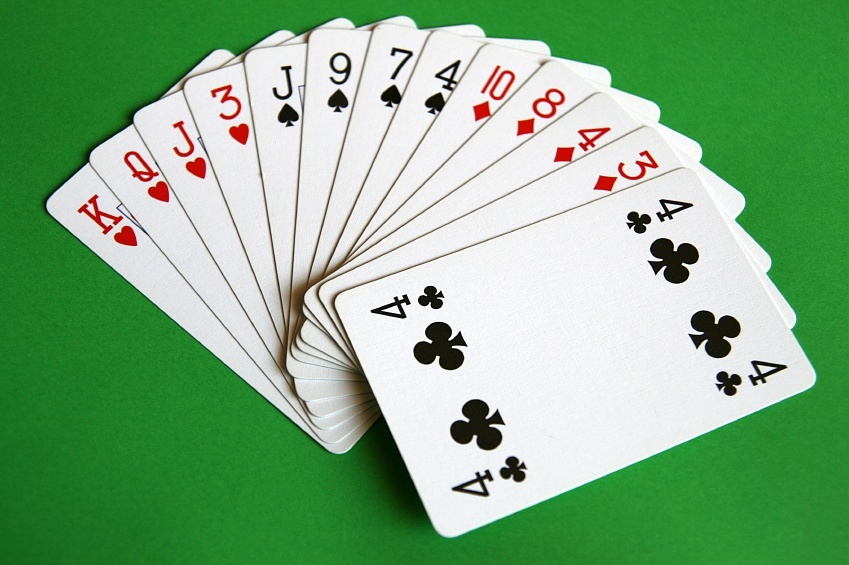 Online gaming is all the hype in today’s day and age.

Different age groups are seen playing online games to relax or just to entertain themselves after a long day. Now, what is better than enjoying your free time and making a little money out of it?

In this article, we’ll present a few online card games that can fetch you real money just by playing and being good at it (this is always the bonus). Let’s start playing, shall we?

Of course, we had to start the list with the most famous card game there is. Real Money Poker Online is one of the most loved virtual games and is still popular due to its authenticity.  Forms of poker are fit for any number of players from 2 to 14, but the ideal number of players in most forms is 6, 7 & 8. The main agenda of the game is to win the pot by the end of the game by either having the highest-ranking poker hand or by making a big bet. Poker in India is always played using the whole deck of 52 cards and sometimes with the addition of one or two jokers. Even though poker is a one-deck game, In today’s day of virtual/online gaming two decks of contrasting color are used. The goal is to minimize losses and maximize winning by holding a good hand. Placing the right bet at the right time is one of the many qualities of a great poker player who knows their game. Before the beginning of the game, every player is asked to put an “ante,”  which is the first-ever contribution from players to start the game off.

There are many websites that provide bonuses and poker Rakeback options that can easily help you earn some extra cash. Each betting round starts when the first player starts betting by adding one or more chips. After that’s done, the person to the left of the player who placed the bet either ‘calls’ that bet by adding the same amount of chips as the first player or ‘raise’ the bet by adding more chips or ‘fold’ which means that the player is out and won’t be adding any chips to the pot until the next deal. The betting ends when each player has either put exactly the number of chips or more or has dropped out from the pot. After the final interval, all remaining players show their cards playing them face up and the player with the best poker hands wins and takes home the pot. This is called a Showdown. However, that is only one of the ways to win. Bluffing is a major part of this game and is used by players of all skill sets. If a player makes a bet that no one calls, they automatically win without showing any hands on the table. Turns out, you don’t always need to start out with the best hands after all.

Joker wild is a variation of real money poker online. In this card game, the player has to have the best 5 hands to win. If you want to earn money from online games and still are new to poker, this is the game for you. This game is played with a cards deck of 53 constant cards and one joker card. After placing their bets, each player is provided with 5 cards and the goal of the game is to have a hold on the best 5 hands and win the match.

It is a 13 card game loved by the majority of the Indian population and hence, is known by almost everyone. You can easily play this game with someone sitting in the other corner of the earth with the help of gaming websites. This game is usually played by 2-16 people and each player has 13 cards in their hand. Rest cards are placed in the center of the table. In this game, to win, each player has to make a set of 3-4 cards by picking cards from the deck kept in the center. Once the player has one of the many valid sequences, they have to make a shout-call and say ‘show’ to declare their win.

This is a beginner’s game and is very easy to play and learn. Played by a maximum number of four players, The main objective of the game is to get the least number of points possible. Each heart equals one point and the queen of spades holds 13 points. You start the game by passing one card to the opponent to get rid of bad cards. First to one in left then right and then to the person in the middle is how the pass of the cards in each game works. The agenda for the player is to be left with only good or desired cards towards the end. The first player initiates the game by ‘leading’ i.e playing the first single card. Following this, every player takes their turn and plays their turn. The one with the highest-ranking cards takes all the rest of the cards from the original set and starts the turn again once the first 4 cards are played. Penalty cards are marked as penalty points for the player. Penalty cards seem harsh but not always if a player has all penalty cards (13 hearts + Queen of spades) then the player gets 0 points whilst his/her opponents get 26 points each. This action has been creatively coined the term ‘Shooting for the moon’. The Player at the end of the game with the least points wins and takes home the bet money.

This game is popular all around the world and is a game famous on multiple game sites, hence, being given the name the ‘money-making game’. Every individual who plays cards recreationally or professionally has played this game at least once. The main agenda of this game is to beat the dealer by getting 21 points by getting dealt as few cards as possible. If you get less than 21 points you can still win by busting the dealer but if you got more than 21 then you lose and the house takes the win.

These are a handful of the all-time favorites of those who enjoy card games online. The games listed above are also the highest-ranked as the card games that help generate an income. We hope we were able to give you a better idea of all the games out there and quite possibly helped you choose the one that you want to play online. For us, however, it had to be poker in India.

Stages of Alzheimer’s Disease: How the Disease Progresses Stage by Stage

5 Ways to Stick to a Schedule as a Freelancer