Home Games Why is Chess the Ideal board game for empowering young brains?
Games

Why is Chess the Ideal board game for empowering young brains? 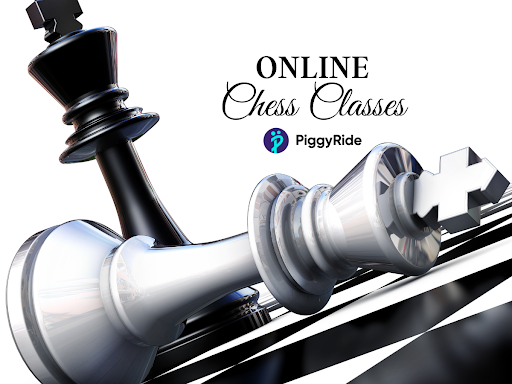 Chess is a game with a rich history of being played since ancient times and has evolved continuously over the centuries. It has a rich heritage and is the royal board game played for entertainment and competition. Chess is a fun and intellectual board game that enhances and empowers young brains. According to the research, people who learn to play chess at an early age are academically more successful, socially more adept, and emotionally more confident. With the right level of exposure, chess can aid in brain stimulation creatively and productively. It also helps children be more strategic and analytical in several parts of their lives, such as school, sports, and social interactions. You can consider chess a brain tonic for young kids as it offers creative and intellectual stimulation. Many parents are considering enrolling their children in live online chess classes because playing chess combines a strategic mind with a fun game. It will also help children escape their habit of mindless scrolling on their phones and laptops, which offers no value to the brain.

In this essay, you’ll discover why chess is the ideal board game for empowering young brains. Let’s get started!

7 Reasons Why Chess Is The Ideal Board Game For Kids

The stimulation of dendrites in the brain enhances a child’s thinking and retaining abilities. Dendrites are branch-like structures in the brain that multiply and stimulate when children engage their brains to strategize, evaluate, analyze, and evaluate their moves while playing chess. The primary function of dendrites is to transfer information from one cell to another. This board game is a perfect brain sport that acts as a tonic for the brain to develop dendrites. It maximizes the processing, understanding, and overall power of the brain. Playing chess also enhances the capacities of the brain to make the correct and informed decisions.

The left brain is in charge of analytical, detail-oriented, perceptive, structured, rational, math, and motor skills, whereas the right brain is in charge of emotions, creativity, imagination, sequencing, and holistic development. Chess is a game that can help both hemispheres of the brain develop. It gives the brain’s muscles a stimulating workout, activating both the right and left sides of the brain and assisting children in accomplishing tasks effectively in all fields. Nowadays, children squander time on screens browsing media, which hinders brain development. However, kids can consider learning chess online, which is both entertaining and beneficial to brain stimulation.

Playing chess is a total brain function, which boosts the brain’s intelligence quotient. When kids practice chess consistently, participate in online tournaments, and comprehend other players’ gaming techniques, they learn to perform under pressure, analyze, manipulate older data structures, and visualize their opponents’ moves. It ultimately helps in raising their IQ levels to rise. Chess practice helps the brain become more efficient. It also aids kids in developing their analytical, critical thinking, and decision-making skills. It is the pinnacle of human intellect evaluation. Nevertheless, chess is a challenging game in which the brain is continually engaged in executing a series of moves in the correct order to win.

When children play chess, their spatial intelligence is activated. The ability to envision possibilities and patterns is reinforced in the brain. They learn to manipulate the patterns and consider their opponent’s possible moves. They begin envisioning possible opponent strategies as they participate in online chess classes, play with friends, enroll in tournaments, and go over old data structures.

It is widely believed and proven that parents who enroll their children in chess classes, their children score far better academically than parents who do not. Chess players have acquired stronger and better memory muscles, which aid in their performance, organization, planning, strategizing, and language skills. Those who play chess are more likely to be able to concentrate and recall information and facts for longer than children who do not. It’s a fascinating game that teaches them patience and the ability to concentrate and focus. For example, they can easily recall the series of chess moves and patterns of the previous games they’ve played. It also helps them remember the facts, secrets, tactics, and concepts, such as which square to move to and the order of moves. Chess players use their memory muscles to recall the details of those moves.

Playing chess assists kids in developing problem-solving abilities. When they play a game, they work on a challenging problem that needs to be solved. They make a plan, use their critical thinking skills, and employ several solutions to address the challenge to win the game. The purpose of this game is for players to consider and examine various strategies for resolving the challenges on the board. In any profession, problem-solving is a necessary skill to acquire. It’s a necessary ability needed in school, academics, and even life. Kids can exercise their skills to analyze, think critically, and make decisions by working on problems.

Kids who learn chess and engage in online tournaments are said to be more creative than kids who don’t. Chess encourages children to think beyond the box by requiring them to employ their creative thinking skills. This board game gives kids ingredients like rules, a simple 64-square board, and 16 chess pieces to help them plan and plot unique, clever, and creative moves to win and conquer problems.

Chess provides a similar workout to the brain just as how gyming provides to the body. Kids engage in exploring strategies and maximize their cognitive capacity to defeat their opponent. Playing chess helps kids increase their IQ, spatial abilities, memory, creative abilities, activates both parts of the brain, and helps in empowering the young brains. It’s an ideal board game that can be played online and offline. Nowadays, children are getting absorbed in technology, which may stunt their brain development, but chess is a terrific brain exercise for improving overall brain performance. All the skills that kids learn while playing the game can also be applied to aspects of life. If you want your kids to engage in some intellectual pastime, visit PiggyRide. They offer a wide range of live online chess classes for kids based on their skill level. Browse their online chess classes, and select the best one for your kids.

Quick Facts About Online Gaming You Should Know

How to Create a Pet Memorial That’s Unique, Personal, and Meaningful