Home crypto Should I leave my money in Bitcoin?
crypto 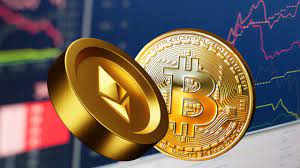 Bitcoin is the most valuable digital currency in the world. It has existed for over a decade now and has been making many profits for investors. Bitcoin has gained many investors within few years where most people are carrying out their business transactions through it. In most cases, people prefer it since it has no government regulations. You can transact at the comfort of your home without needing authorization. The government will not control your activities and what you do. Most people prefer bitcoin since it maintains anonymity therefor privacy is highly maintained. Bitcoin perform all the transactions just like a bank only that there is no physical coins. Bitcoins are mined through encrypted code that contains a couple of letters and numbers.

Leaving your money on bitcoin is a great idea since you will be investing a currency that is expected to have more value in the future. For you to purchase a bitcoin, you need a credit card where a fee is charged for the transaction. In 2021, bitcoin was valued at over $60k, which was the highest it has ever been. In 2022 March, the value has dropped to $20k where by most investors are worried about how the value will look like at the end of the year. Currently bitcoin is valued at 18k. However, some people who had not yet invested in bitcoin are afraid that they may lose their money on their first investment.

What you should know before putting your money on bitcoin

When you want to make any investment, you need to do enough research concerning the risks and gains that will be yielded from the investment. Consider this before investing in bitcoins.

Do not put all your life savings on the digital market. At times bitcoin has high returns while other times the returns are low. Putting all your savings might end up disappointing you. For instance, in 2022, the value of bitcoin has been dropping since the beginning of the year. Two years ago on the other hand, investors earned the highest returns from their bitcoins.

Invest what you can afford to lose. Do not put money that you do not expect to lose. In most cases, when investing in crypto currency, you should never expect to make too many profits since the market is very unpredictable. Invest in the amount that in case of loss incurred you will not be hit financially.

When investing in bitcoin, treat I like a long-term investment. The first time might be a little difficult but do not give up in case of loss. A long-term investment will yield many profits as time goes by. Experts predict that bitcoin is the future of all currencies. This means that anyone who has invested in bitcoins now will have a greater return in the future. Getting into bitcoin now is better since in the future investing will be high.

Here is why you should leave your money on bitcoin

Bitcoin has a lower inflation risk.

Bitcoins value drop but they will hardly lose their value. Once you invest in bitcoin, you might lose today but in a few days, you will regain. Currencies controlled by the government are very risky since inflation can happen any time and the chances of them gaining their value back is very low.

Bitcoin has many new opportunities for investors.

Bitcoin is new in the market. The digital currency picked up well and gives is still growing. More opportunities are yet to come and might have more gains to investors.

The rates of return when you leave money on bitcoin is high.

Bitcoin prices change in monthly and daily basis. For example, bitcoin was valued at $975 in March 2017and in a few months it was valued at $20k. The returns are high whereby people who have been investing in bitcoin for the last five years are already rich. The number of users is growing which means that the prices are expected to rise. Bitcoin are independent from regulations. Bitcoin is a digital currency that I not regulated by any government bodies and authorities. This means that you can transact without any regulations. The government does not access your currency thus no taxation.

Bitcoin is anonymous and transparent therefore users identity is not disclosed.

As a bitcoin user, numbers and letters identify you. This prevents you from being tracked as a user. Block chain technology is transparent and ensures that you are protected from any type of fraud. As the owner of bitcoin wallet, you are aware of how many bitcoins you have in your account. In case your wallet is exposed to the public, you can get another wallet address to keep your data safe.

There are reasons why you may lose your money on bitcoin;

·Memory. Some people may forget their bitcoin are not aware of how many bitcoins they have. Currently there is over 20% of bitcoin that I not accounted for.

·Cybercrimes might lead to lose of your bitcoin. There are scamming activities that may steal all your bitcoins.

Putting your money on bitcoin is a good idea. A great investment has long-term gains. When making the decision, consider investing in money that you are ready to lose.

Satellite Internet: Is It the Right Choice for You?

What You Should Keep In Mind When Trading...