Home Technology Is Huawei’s MateBook 14 2021 Worth The Money To Buy?
Technology 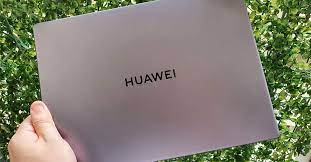 Huawei is primarily known as a smartphone manufacturer, but it has also sold laptops for some time. The range caters to all budgets, with the £399.99 MateBook D 15 now at the low end and the £1,599.99 MateBook X Pro (2021) at the high end. The MateBook 14s, which is powered by an Intel Core i7 processor, is close to the top of the list.

Huawei has crammed a 14.2-inch screen into a shell that is 313.82mm wide by 229.76mm deep. The MateBook 14s weighs 1.43kg, and lighter 14-inch laptops are available, but the trade-off is a robust structure. Huawei includes a touch screen as standard, and it works well.

The new backlit keyboard has a greater travel distance of 1.5mm. The footprint is small, with a thin bezel surrounding the 14in display preventing the laptop from becoming too large. On the right, there’s a single USB-A 3.2 port, with a 3.5mm headphone jack, HDMI, and two USB-C ports on the left.

The LTPS panel does not have the same vibrancy as an OLED display. However, it is adequate for most productivity use cases. The MateBook 14s has a screen refresh rate of 90Hz. Text and graphics are clear thanks to the resolution of 2,520 by 1,680 pixels (213ppi).

The MateBook 14s includes four speakers from Huawei. The sound quality is excellent, with lots of volumes and little distortion at the highest frequencies. It also has noise cancellation capabilities.

The MateBook 14s is positioned by Huawei as a laptop for those who require power, whether for productivity, creative work, or even light gaming. It accomplishes this by utilizing Intel’s more powerful H-series processors.

The £1,299.99 version comes with 16GB of RAM and 1TB of SSD storage, making it a powerful platform for general-purpose workloads. If you want to save some money, you can go with a 512GB SSD. The laptop also comes with Windows 10 and is upgradeable to Windows 11.

Battery life can be a letdown for a laptop that excels in other areas, but that is not the case with the MateBook 14s. With an expected total runtime of roughly 10 hours, working all day is entirely achievable. The 90W USB-C fast charger can greatly charge the battery in a short period of time.

The laptop lasted 13 hours and 18 minutes of continuous HD video playback in a synthetic battery benchmarking test, which is above average but not exceptional. It also helps that it charges via USB-C, so you can use any appropriate USB-C PD charger to recharge the laptop.

The MateBook 14s is a good improvement to the company’s laptop range that simultaneously tackles the biggest fault in previous MateBooks and packs in more power than ever before. With a compact design, and killer specs, this is a powerful all-purpose laptop that is best suited to anyone searching for performance and portability.