Home Technology Which Huawei Laptops Should You Consider Buying?
Technology 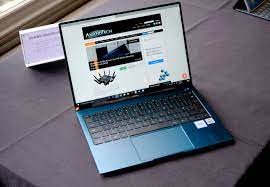 The laptops in Huawei’s MateBook lineup not only appear identical; several of them also have very comparable specifications. Customers who are unsure which model is best for them may find it tough to choose between them due to their similarities. So, in this we shall compare three latest laptops released by Huawei.

Firstly, let’s go for the MateBook X Pro 2021. The latest MateBook X Pro isn’t as successful as its predecessor from 2018, but it’s still a fine laptop. The MateBook X Pro costs €1.899 and comes with a stunning 13.9-inch, 3:2 display, a great keyboard and touchpad interface, a long battery life, and a speedy SSD.

Unfortunately, if you choose the MateBook X Pro, you’ll be saddled with mediocre performance, a scarcity of ports, and a webcam that looks up your nose. Given the price, you might as well get a MacBook, but if you don’t like macOS and prefer a Windows alternative, the MateBook X Pro is a good option, although it’s not one of the best laptops on the market.

To refresh your memory, the D 15 2021 we have with us includes an 11th generation Core i5 processor with Intel Iris Xe graphics, 16GB DDR4 RAM, and 512GB of SSD storage. There’s little doubt that if you’re only planning to use it for online classes or frequent zoom meetings, the D 15 won’t even break a sweat. With a 15.6-inch LED display and a 100 percent sRGB colour gamut, this laptop provides a more accurate display.

The flexibility to position the D 15 in various locations is useless if you’re still stuck to an outlet because you’re continually obliged to plug it in. The battery won’t last a whole day, but fast charging may come in handy if you have access to a short burst of mains power. Fortunately, the D 15’s 42Wh battery can last for nine to ten hours.

While the hidden web camera was creative, it had a terrible camera angle. Because it is on the keyboard, it is also pointing upwards. When you use it, you’ll basically see an ugly image of yourself, with the size of your nostrils highlighted.

Huawei has revised the MateBook D 15 for 2021, however, it still has the same flaws as last year. The chassis design remains unchanged, therefore the speakers continue to fire downwards rather than utilize the area to the left and right of the keyboard. The ports and connectors are the same as they were in 2020, and Huawei has not included Thunderbolt capability, ostensibly missing a major upgrade.

Huawei has created laptops that are unquestionably worth your money. Despite the fact that Huawei is a new competitor in the laptop market, it has managed to pack some major features in its latest product that will entice you to buy it, at an affordable price.