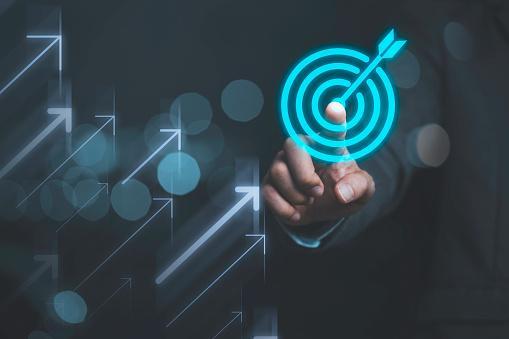 In the report, Activision Blizzard CEO Bobby Kotick stated, “Our games are the result of passion and excellence. This comes from an environment that fosters inspiration, creativity, and an unwavering commitment to develop and support our talent.”

The company’s net bookings — or products and services sold in-game or otherwise — were $1.83 billion, and its in-game net bookings were $1.36 billion. During the third quarter of 2022, the company clocked 368 million monthly active users. Activision Blizzard stated, “Successful content initiatives for key intellectual properties have positioned the company for a return to strong growth. Our expanded development teams are executing well as they deliver a wide range of compelling content across our portfolio.”

In the financial report, Kotick stated, “Our employees’ dedication and teamwork are the heart of an extraordinary workplace that enables the magic embodied in our games. We look forward to continuing to release epic entertainment in service of our global companies. We continue to expect that our transaction [in which Microsoft will acquire Activision Blizzard] will close in Microsoft’s current fiscal year ending June 2023.”

According to Activision Blizzard, “While the company remains cognizant of risks, including those related to the labor market and economic conditions, we expect to expand our global audience, deepen community engagement, and deliver renewed growth in player investment in the fourth quarter and beyond. As a result, the company expects fourth-quarter GAAP revenue to be 5% lower year over year or better. In addition, net bookings and total segment operating income are each expected to grow at least 30% year over year.”

During the second quarter of 2022, under Bobby Kotick’s leadership, the company generated $332 million on PC and $376 million on consoles. Another $831 million came from the video game company’s “mobile and ancillary” business. According to Activision Blizzard, that business “primarily includes revenues from mobile devices,” which is over 50% of its entire net revenue from April to June.

“Mobile is now our leading platform,” Kotick said. And he made it clear that the video game company is “hard at work on high-quality mobile games for all of our most important franchises.”

However, the company is celebrating the success of its Call of Duty: Modern Warfare II game because it generated $1 billion in global sell-through revenue in the first 10 days since its official release on Oct. 28, 2022. “Thank you to our talented team that has created magic through extraordinary artistry and technology and to the global community of players who find joy and connection through Call of Duty. This milestone belongs to them,” said Bobby Kotick.

But much of Activision Blizzard’s success in Q2 can be traced back to Diablo Immortal. Since the free-to-play, massively multiplayer role-playing video game launched on June 2, it’s helped Blizzard rack up 27 million monthly users in the second quarter of 2022. That’s an increase from the company’s 22 million active monthly users in Q1 2022.

“Even in a challenging economic environment, with so many companies announcing hiring freezes and layoffs, our development head count grew 25% year over year as of the end of the second quarter,” stated the CEO.

What’s the secret to Kotick’s success? “If you look at the growth in operating profits and the return on invested capital that we’ve generated for our shareholders, we are really good at prioritizing opportunities,” he told The Guardian. “In the past, our business was largely concentrated around middle-class consumers who could afford $300 or $400 for a dedicated game console or $1,000 for a PC. Now, with the introduction of high-quality mobile devices, we’re looking at everybody being a consumer.”

January 2023 will mark a year since Activision Blizzard announced the Microsoft acquisition. And according to Bobby Kotick, the company has a lot of exciting projects coming down the pipeline. “Our talented teams are planning to release exciting new Call of Duty, World of Warcraft, and Overwatch content later this year. Of course, we look forward to completing our pending $95 per share all-cash transaction with Microsoft as soon as possible,” he stated.