Home Technology Everything you need to know about the YouTube star Markiplier Bio, life and much more
Technology

Everything you need to know about the YouTube star Markiplier Bio, life and much more 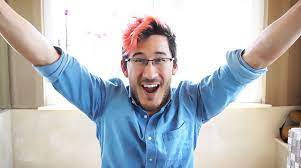 Markplier is a seasoned name of YouTube. This American national YouTube star is a multi-talented guy whose original name is Mark Edward Fischabch and was born on June 28, 1989. He has made his name as a YouTuber, podcast host, producer, writer, director and actor. Markiplier is his name in the digital world, which became his identity. Originally, belonging to Honolulo, Hawaii, he took start with his career in Cincinnati, Ohio where he moved to in early years of his life. Presently, he lives in Los Angeles, California.  Fischabch is also the co-founder of a clothing brand called “Cloak”, which he runs with a fellow YouTuber Jacksepticeye.

Markiplier has a made his name on YouTube in the comic commentary of the Let’s play video games. He picks up the playthroughs of horror survival and action video games and syncs his comedy commentary with them. His commentary is so popular and liked by the viewers that he has got around 30 million subscribers and 16 million video views. Not only this, his channel also has been ranked as the top 100 subscribed YouTube channels.

The journey of Markplier in the world on YouTube

Fischabch started his YouTube career on March 6, 2012 by launching a channel named “Markiplier.” His uploaded his first video on the channel on April 4, 2012. As mark planned to upload sketch based comedy videos in which he was supposed to play each character himself therefore, he used this name Markiplier, which came from Mark and Multiplier.

The first YouTube series he chose to upload was the playthrough of Amnesia: The Dark Descent” and then the list goes on. His AdSense account was also banned by the YouTube authority, which made him create a new channel. He named it MarkiplierGAME. The playthrough he did for “Five Nights at Freddy’s” received a big applause with 80 million views.

Later in 2015, Markiplier co-hosted the gaming awards conducted by SouthWest Gaming Awards with the actress Janet Varney. Markiplier in his career to date has been nominated for various awards and he has won few. In 2015, the talented Fischabch appeared in the movie “Smosh.” In 2019, he acted in the YouTube movie “A Hiest with Markiplier”, which he wrote and directed himself. “edge of sleep” was also produced and acted by him which is an audio movie.

In the year 2019, Markiplier launched another YouTube channel “Unus Annus” with Ethan Nestor. Their intention with this channel was to upload one video per day for the whole year and after meeting the target, the channel was planned to be deleted.

Markiplier, being the top paid YouTubers, has a net worth of $35 million. His YouTube earnings remain between $10 million and $20 million and have continuously increased in the past years. In 2017, it was $12.5 million, in 2018, it went to $17.5 million and he was categorized as the sixth highly paid YouTuber in the world. His earnings increased to $13 million in 2019 and in 2020, he earned $20 million. The rich Markiplier purchased Donald Glover’s lavishly renovated house for $4 million in 2021, which Glover purchased for $2.7 million in 2016.

How was the early life of the YouTube icon?

In Mark’s youth, his family was poor, about which he jokes. His father was posted in the U.S army. Markiplier attended Milford High School in Cincinnati, Ohio. After completing his bachelors, he took admission in biomedical engineering at the University of Cincinnati but not having his aptitude here; he dropped out from there and tried to make his career in YouTube. His luck accompanied his decision, Fischabch became the YouTube recognition, and the world now knows him by the name Markiplier.

How To Clean Your Different Airpods Effectively To Restore Sound Quality