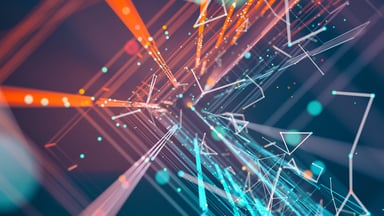 There has never been a greater need for high-quality wireless connectivity anywhere in the world than now, as governments, private industry, and independent conglomerates work to reduce the costs of Wi-Fi solutions, accelerate innovation, and create a favorable ecosystem , particularly for those working in large data centers and service providers.

As more and more devices around the world connect to the Internet the traditional telecom infrastructure is not capable of scaling to meet the global data challenge at the speed that is needed. This problem cannot be solved by one company alone, and there is no single solution for this. To meet these new technologies challenges and unlock new opportunities, there was a  need to drive a faster pace of innovation in the telecom infrastructure.  As a result, in 2016, The Telecom Infra Project (TIP) was established as an engineering-focused, collaborative technique for constructing and implementing global telecom network infrastructure.

The Telecom Infra Project (TIP) developed Open BNG, a new standard for developing open, disaggregated broadband network gateways. Open BNG is the outcome of a collaboration between Telefónica, Deutsche Telekom, BT, and Vodafone, and it establishes critical standards for the equipment that operators will deploy in present and future networks to supply fixed broadband services. Open BNG creates standards for equipment that operators can use to deliver fixed broadband services in current and future networks. The Open BNG project’s purpose is to create solutions that address some of the challenges that operators experience while offering fixed access services to a diverse set of consumers.  Traditionally, carrier routing systems have been offered as monolithic systems that include both hardware and software. Legacy systems are difficult to automate and force carriers to use a distinct platform for each service they provide. The open bng supports hardware and software separation, as well as open interfaces that are easier to operate from outside systems.

In February 2016, Facebook announced the launch of the Telecom Infra Project (TIP) at the 2016 Mobile World Congress in Barcelona . Facebook has partnered with a number of companies to establish Telecom Infra Project . A few of them include Deutsche Telekom of Germany, BT subsidiary EE of the United Kingdom, Globe Telecom of the Philippines, and SK Telecom of South Korea. The Telecom Infra Project (TIP) was established as a global community of companies and organizations working together to advance the development and implementation of open, disaggregated, and standards-based technological solutions that provide the high-quality connectivity that the world requires now and in the future.  TIP is led by a board of directors comprising founding tech and telecom businesses, and is chaired by Vodafone’s Head of Network Strategy and Architecture, Yago Tenorio. TIP members organize and host an annual TIP summit. Through its more than 500 participating member organizations, which include operators, suppliers, developers, integrators, startups, and other entities involved in various TIP project groups, TIP encourages process transparency and collaboration in the development of upcoming technologies. In recent projects, case studies are being used to evolve telecom equipment and software into more flexible, agile, and interoperable forms.

With telecom technology divided into three categories: access, backhaul, and core & management, each project group concentrated on one of these three network sectors. Among the past and current projects  of Telecom Infra Project are:

Members of TIP provide dedicated space for their project groups, known as TIP Community Labs. These facilities facilitate collaboration between member companies in the development of telecom infrastructure. As of 2020, TIP has 14 labs worldwide, including Spain, Italy, the United States, Indonesia, the United Kingdom, Japan, Germany, and Brazil.

In undertaking this project, there is an aim to develop a solution to some of the most pressing issues operators encounter regarding the implementation of access services for fixed customers. For example, ongoing traffic growth might cause short-term challenges for these services because it affects not just the service’s performance but also how to best place the BNG functionality. Another issue is the desire for an appropriate fixed-mobile convergence and strategy or the adoption of SDN technologies for better service delivery will affect BNG node standards. Open BNG is the solution to these problems. The development of Open BNG highlights how disaggregated solutions can speed network transformation and improve connectivity while costs will be reduced while flexibility, revenue, and efficiency will be increased.

The importance of Open BNG for the future

When compared to traditional BNG systems, an open and disaggregated BNG provides more key benefits. Open BNG is critical to the future of service providers, as it helps with user authentication and supports bandwidth for streaming services, which are then isolated and handled efficiently in the cloud while ensuring the compatibility of multiple vendors. This means there will be no vendor lock-in. In addition, the existence of an open and disaggregated platform provides a significant potential for the industry to broaden the supply chain for fixed broadband solutions and allows for the introduction of new innovative services from many providers. This, in turn, helps speed up the delivery of new products and services while also providing customers with more options. Open BNG also gives operators a choice of platform, network operating system (NOS), and control-plane applications. This adaptability leads to a lower total cost of ownership, which leads to a cheaper cost per broadband subscriber and minimizes reliance on single monolithic providers by allowing for several deployment methods, such as centralized, distributed, or standalone BNG, as well as BNG with a router.

TIP members believe that open and disaggregated BNGs are the best way to address today’s fixed line networks’ constant traffic surge. Open BNG is a part of TIP’s Open Optical & Packet Transport (OOPT) Disaggregated Open Router (DOR) subgroup. UfiSpace, the premier provider of open disaggregated networking solutions, was the first to contribute the S9700 Series to the DOR sub-group. They participated in the Open BNG effort with their disaggregated aggregation routers, to give global operators more alternatives for implementing Open BNG solutions. TIP’s Open BNG initiative, according to Vincent Ho, CEO of UfiSpace, brings the industry one step closer to a fully disaggregated and open transport network, and they will do their part to support operators in their broadband infrastructure evolution by offering flexibility, versatility, and cost-savings provided by Ufispace open disaggregated platforms.

The Benefits of a Toto Site

Tricks to earn online with Ufabet