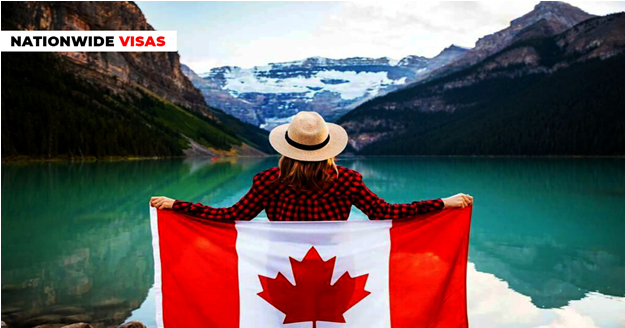 Candidates with relevant work experience in any of the occupations mentioned in the Canada NOC list – may be eligible to apply for Canadian permanent residency through Canada Express Entry.

Canada offers both Federal and Provincial economic immigration pathways – each with its own eligibility criteria, process, and prerequisites.

Canada Express Entry is a point-based immigration system and uses the Comprehensive Ranking System (CRS) – to select potential candidates that can meet the labor market shortages across occupations mentioned on the Canada NOC list. Candidates are evaluated based on factors such as Age, Education, Work Experience, Language Proficiency, and Adaptability.

NOC or National Occupation Classification is a database that is formed and managed by the Canadian government. Well saturated in terms of job prospects, the NOC list makes it well organized and precise. The occupations on the Canada NOC list are grouped into categories based on job roles and responsibilities and the work experience that the individual holds. Occupations eligible on the Canada NOC list are those rated Skill Type 0 (managerial), Skill Level A (professional), or Skill Level B (technical). Let us understand a bit more about Canada’s National Occupation Classification (NOC) list.

Work experience in certain occupations is mandated by a number of provincial nominee streams – some of which are linked to Canada Express Entry. Such streams allow participating provinces and territories to nominate potential immigrants with the required work experience for Canadian permanent residence.

Many provinces operate on an Expression of Interest (EOI) system, that requires all candidates (including those under Canada Express Entry) – to register a profile with the selected Provincial Nominee Program (PNP). .

Nearly every Canadian PNP has at least one immigration pathway that uses a Canada NOC list featuring in-demand occupations to determine their eligibility. Such Canada NOC list is based on the current labor market needs and opportunities in the selected province.

Here are some of the popular Provincial Nominee Program’s streams that require specific work experience in an occupation mentioned on the Canada NOC list.

Occupations targeted by such lists may vary, but the following occupations that have had in common:

British Columbia’s dedicated Tech Pilot is an example of the growing prioritization of tech-related occupations in Canada. Having work experience in one of pilot’s 29 in-demand tech occupations is a mandated eligibility for the BC PNP – that provides a fast-tracked, Canada PR pathway for foreign workers and international graduates – most of which are also Canada Express Entry candidates.

Eligible occupations on the Canada NOC list is a requirement for the Skilled Worker Overseas Stream, which has been among the most sought-after provincial pathways so far this year – and frequently invites Canada Express Entry candidates on a regular basis.

Also, Ontario recently announced plans to create a dedicated immigration stream for tech workers but no further details have been released by the provincial government as to its targeted occupations, eligibility criteria, process, and prerequisites.

Learn to Differentiate Between Customer Experience and Customer Service