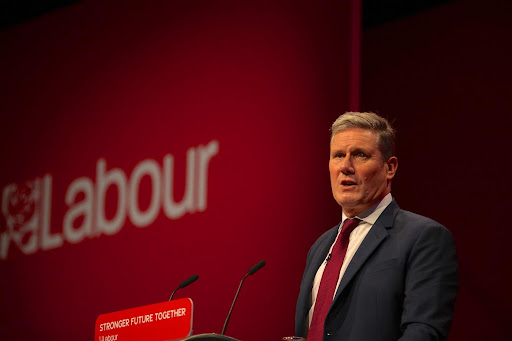 The 2019 General Election was something of a landslide. In a result that surprised many, the Conservative Party won an overwhelming majority, putting Boris Johnson and his colleagues in a position of immense power.

However, a lot has happened since then. The emergence of the coronavirus SARS-CoV-2 and the subsequent global pandemic which gripped the pandemic has had a huge effect on British politics, and when you add in the ongoing conflict in Ukraine, the political landscape has changed a lot.

As a result, the next General Election will be very interesting. The Labour Party will be keen to recoup many of their losses from 2019, and they’ll need to put some strong policies in place to get the seats they need. So, whether it’s in 2024 or sooner, let’s take a look at how Labour can make gains in the next election and improve their chances in the political betting market.

One of the biggest issues facing the British public is a cost-of-living crisis that we haven’t seen the like of for decades. Prices of electricity, gas, petrol and groceries are rising at a rapid rate, leaving many families feeling the pinch.

For Labour to bring voters over to their side, they’d need to put a plan of action in place to deal with the difficult financial restraints that many citizens are suffering with.

Of course, the economy is a massive part of any political party’s strategy, and there’s no doubt that the cost-of-living crisis has much to do with economic factors. In the wake of the coronavirus pandemic, Britain’s economy has been coping fairly well, but the rising costs across the board, along with the uncertainty caused by the Russian invasion of Ukraine, could threaten to derail things.

This is an area where the Conservative Party usually win voters over, so it’s vital that the Labour Party strike the right note ahead of the next election.

One of the most puzzling aspects of Britain’s response to the Ukraine crisis has been the government’s refusal to waive visa requirements for Ukrainians fleeing the atrocities taking place in their homeland. Whilst most of Europe have opened their doors, the UK haven’t been quite so ready to admit refugees without stringent measures in place.

This is an area Labour could make gains in, as the strength of feeling towards those seeking to escape war-torn areas has been amplified by the ongoing situation in eastern Europe.

For many young British citizens, the thought of ever owning their own house remains something of a pipe dream. The extortionate cost of accommodation, particularly in the south east of England, has priced many potential homeowners out of the market. Renters too are feeling the pinch, with no regulations in place to prevent exorbitant tenancy rates.

Increased legislation in this area could provide Labour with an opportunity to acquire even more votes among the younger demographic.

One of the results of the pandemic is that a lot of citizens have a greater strength of feeling towards the work of the NHS. Whether you believe the health service is under-funded or not, there’s no doubt that reforms are needed to get it functioning in a way that maximises both efficiency and quality of service.

If Labour can offer a strong plan to get the cogs of the NHS moving more freely, it could be a great way to appeal to voters who take pride in the service.

How to find your perfect match on PlusCupid

Magnesium Spray: Everything You Need to Know

How to Transform Your Outdoor Christmas Lighting Design...

Cook almost anything with saucepans

What Are the Benefits of Using LoRa in...

Espresso Coffee Benefits: What Is In The Golden...

5 Factors That Will Increase The Value of...

Choosing a Steel Door for Your Home