Business strategy during the war  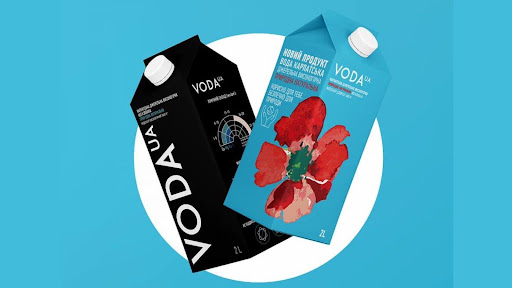 With the beginning of Russia’s full-scale armed aggression against Ukraine, domestic business is going through difficult times. Many production facilities were located in the occupied territories or suffered from military operations. Disrupted logistic chains and the movement of capital assets. As a result of the blockade of Ukrainian ports, the possibilities of exporting finished products to foreign consumers have significantly decreased. Some personnel went abroad, moved to another region of the country, or are defending Ukraine with weapons in hand. All this and many other factors complicate the work of Ukrainian entrepreneurs, the continuity of which is critically important for the economy.

It seems like the most inappropriate time to deal with strategy and mission. Instead, it is only at first glance. The Astraea company, which produces Carpathian spring mineral water under the VODA UA brand, has proven that a balanced strategy is necessary for practical work in crisis conditions. With the beginning of the invasion, the company quickly revised its plan and implemented a new vision of work, the core of which was to help Ukraine. Eduard Lozovskyi, general industrial and commercial manager in the field of public catering of the company “Astreya,” tells how the business succeeded.

“From the first days of the war, we developed an extensive 5-factor plan to help the country in the difficult situation in which we all found ourselves after the start of Russia’s armed aggression. At first glance, it may seem that war is not the best time to engage in strategy, mission, and vision. However, world experience and my own experience show that this is the only way to deal with a crisis effectively. Our company’s new “military” strategy became an organic continuation of the previous work because it is based on the mission – to preserve the health and longevity of the Ukrainian people with the help of access to high-quality water and the support of territorial communities. This strategic goal has been preserved, and the methods of achieving it have changed to the new conditions, – says businessman Eduard Lozovskyi. – The new strategic plan within the company was named “5 drops”. Each of the activities in the five directions of work, like a drop of Carpathian water, sharpens the stone of the Russian threat. Altogether, they merge into a powerful unceasing source of aid to our country. Such an image helps us to visualize the goal and go towards it, each in his place.”

The “5 drops” plan includes five areas of aid for Ukraine.

1. Humanitarian aid with the company’s products. In the first week after the invasion of Russian troops, the company opened its warehouses to provide free water to the Ukrainian army, volunteer organizations, medical institutions, orphanages, bomb shelters, animal shelters, centers for helping displaced people, and other sectors of the population. In less than three months, almost UAH 4 million worth of products.

2. Physical assistance in protecting settlements in the company’s locations. From the first days of the invasion, the company’s drivers and fleet were involved in territorial defense and did everything possible to secure territorial communities.

“We use a wide network of export contacts and platforms to promote the idea of ​​helping Ukraine by supporting Ukrainian manufacturers abroad. Our experts made a lot of efforts to popularize the program,” says Eduard Lozovskyi.

4. Social assistance. The company pays attention to the preservation of jobs and salaries of employees, in particular those who defend Ukraine with weapons in their hands.

5. Economic assistance. An essential component of the foundation of Ukraine’s economic stability is taxed from companies that work effectively, despite the problematic military conditions.

“We understand how valuable every hryvnia businesses bring to the budgets of all levels for Ukraine. Therefore, despite the reduction in consumer demand, we are working on expanding the geography of our presence, entering new retail outlets, conducting negotiations on increasing export supply and looking for opportunities to increase production capacity and modernize production. In a word, we are not giving up, and day by day, we are bringing the victory of Ukraine closer in the way we can. A drop sharpens a stone. And we believe that drops of aid from VODA UA will help destroy Russian aggression,” emphasizes businessman Eduard Lozovskyi.

What are the best Gold ETFs? How to invest in gold using an ETFs

How to Lead a Team as a First-Time Manager?