Basic understanding – Converting Binary to Text or Binary to Decimal 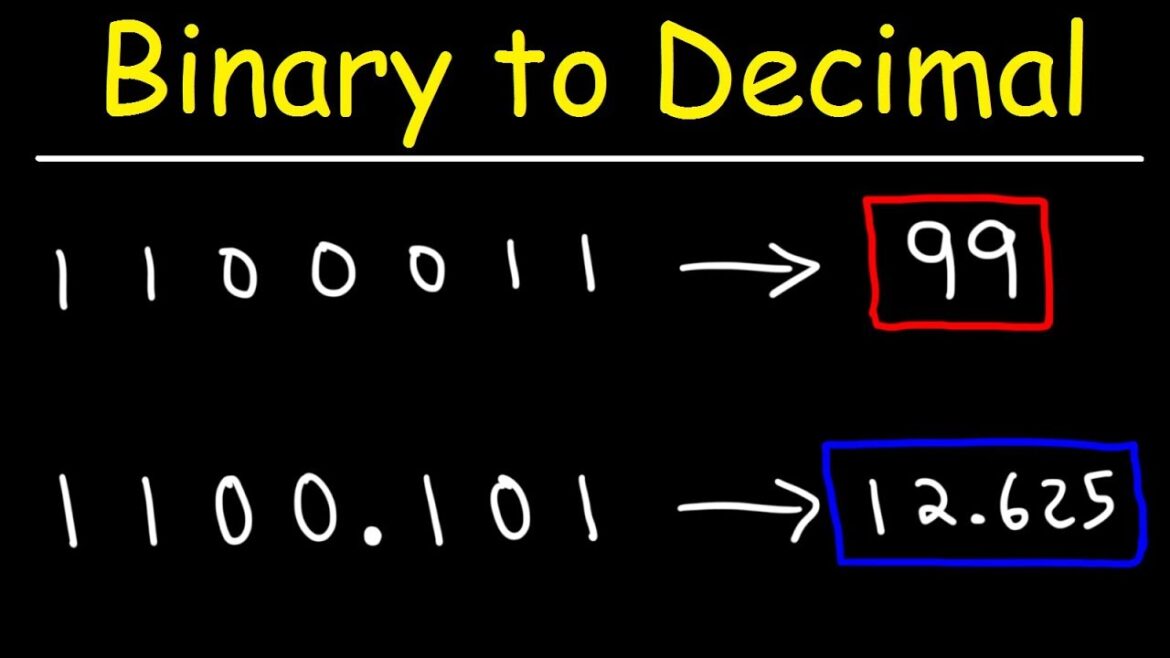 If you don’t have the basic understanding of binary digits, decimals, or other electronic metrics, you have landed in the right place. We cannot tell you about every numerical digit. Still, we can surely give you a basic understanding of changing binaries. In this post, you will also find detailed information on how to change Binary to text or decimal format. So if you are interested in this topic, then roll in!

What are binary numbers?

Binary digits refer to the language that electronic devices understand. The binary numbers are based on two digits. These are 0 and 1, and computers would read these digits on and off, respectively. Binary digits in this modern age and time are also known as BIT. BIT is the smallest unit of data, and it presents a single binary value which is either 0 or 1.

Bytes are also derived from the term BIT. One byte is a combination of eight bits. The concept behind bites or binary digits is to provide an understandable language to the computer. It is a fact that man invented the computer. Still, it is also a fact that the computer cannot understand and act upon the language used by humans from all across the globe. Every culture, region, and country has its language, and just like that, computers have their binary language.

Now computers don’t understand our language, and we certainly don’t know how binary code works. So how to communicate instructions to a computer! In reality, you don’t have to translate your words to bits because it is an automatic process. However, suppose you want to know how to convert binary to text or vice versa. In that case, we suggest you try online binary converter/translator tools.

Can binary code be translated?

Before we answer your query, we would like you to know that the single letter “A” in binary code is (01000001), so you would understand how complex a code is to understand and translate. Translating binary to text manually would be painful for you. If you are going for manual conversions, you should know that it can take hours to convert even a single sentence.

Binary code is the language used by computers, so they only understand it. If you come across a code that you want to translate, we suggest using an online Binary to text converter. There are dozens of binary to text online converters which can help you with all kinds of translations.

How to translate binary code to text with online tools?

If you have never used binary to text online tools or heard of them, you should know they are very easy to use. Even a layperson with zero information about binary or decimals can translate.

You have to follow five simple steps to translate a code. First, you need to pick a reputable binary to text online tool on your browser. The second step is to manually type down or paste the code you want to translate; next, you must click on the ‘convert to text’ button. Lastly, it would be best to wait for the tool to translate the code into textual format. You would get text in less than seconds. This conversion process is quite simple. The best thing is that there is no limitation in translating binary to text!

What are decimals? Relationship with binary digits!

As we have told you before, Binary is a two-digit number language including 0 and 1, but decimals are different from binaries. Decimals are also a unit of data, including numbers 0 to 9. The combination of different decimal numbers starting from 0 to 9 shows different values. This is a more understandable and easy to manage numbering system because it is shorter than BIT. For instance, the binary code e1101 1010 in decimals is simple 218!

Like converting binary to text, you can also change Binary to decimal numbers. Now the manual process is technical and lengthy, so we would suggest you use the online Binary to decimal converter. You can find a handful of tools on the web that can help you simplify lengthy binary codes into simple decimal systems.

The working process of these tools is quite simple, just like the prior converters we have discussed. You need to enter binary code as input in the relevant tool and click on the ‘convert to decimal’ button. You would get results in seconds.

Using online binary to decimal calculators has made code translation very easy for humans. Today, if you come across a binary code that you don’t understand, you can easily change it to text or decimals without any hassle.

How to Plan a Move! The Ultimate Guide for First-Time Movers

Here are the Reasons why Digital marketing is...

Why You Need to Have a Digital Marketing...

Looking for a digital agency?

Complete Guide On How To Change Snapchat Username...

How iCopify elevates guest posting to a whole...

What is the best marketing strategy?