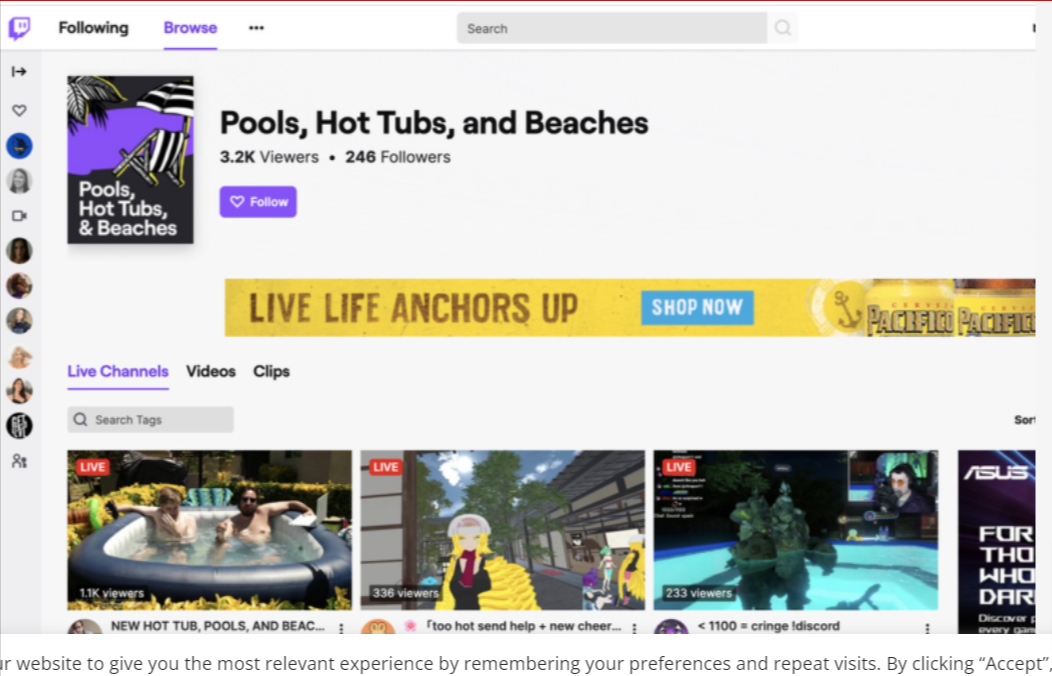 Twitch responds to the growing trend of channel operators appearing in “hot tub streams”. There has been a change after streamers who were predominantly female initially were denied the opportunity to make money via advertisements.

Twitch has made it clear that “Hot Tub Streams” do not violate platform guidelines, and created a category with them: A new category, “Pools Hot Tubs and Beaches”, is now in effect. Creators can stream whatever they like, while advertisers have the option to exclude them from this category.

This is, of course, due to the fact that some advertising partners weren’t happy to be associated with suggestive content. Twitch has found a way for both parties to be happy.

They initially pulled advertising from Hot Tub Stream because they realized it was a mistake. At the request of online magazine the Verge, a statement from the platform stated: “We didn’t warn the affected creators and we should have. Our creators are relying upon us.” One Speaker said. Twitch stated that the ads were removed at the request of the advertiser and that it now works with individual creators to “restore the ads where appropriate.”

Twitch stated that it will continue to adhere to the same guidelines regarding what is allowed and what isn’t on its platform. The company will not stop anyone streaming in hot tubs and swimwear. Although sexually suggestive content remains prohibited, context-appropriate clothing such as bikinis and bathing suits in a pool is permitted. In a blog, the company stated that being perceived as sexy is not against our rules. Twitch will not use coercive actions against women or any other members of our service due to their perceived attractiveness.

College Dorm Party: What You Need To Be Aware Of!