Home Finance The Debt Avalanche vs. The Debt Snowball: A Mini Guide
Finance

The Debt Avalanche vs. The Debt Snowball: A Mini Guide 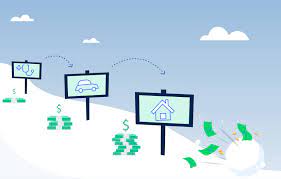 When paying off debt, one of the most important things is the debt plan you choose. That’s right, guys. Your debt can make or break the situation. If your debt plan is effective, it can simplify the process of paying off the debt.

On the other hand, if your debt plan is ineffective, it can make the process difficult and may cost you more money than you actually owe. Thus, you need to be very careful when picking a debt plan. The following are two of the most popular debt plans compared with each other. Please read and interpret:

The debt snowball method is another famous debt plan. It is said to be a great option for people with multiple debts. In this method, you start paying off the smallest debt first. Once you get done with it, you then move on to the second smallest debt. In this way, you keep moving in ascending order until you’re debt-free.

The Debt Avalanche vs. The Debt Snowball

There are a few similarities and differences in both the debt plans mentioned above. What makes them similar is the fact that they’re both effective in what they do. Plus, they both work well to cater to multiple debts. However, the debt snowball, unlike the debt avalanche, doesn’t cater to all your debts at the same time.

Yes, as you get done with one of your debts, you feel a sense of achievement and that is something that keeps you motivated for future payments. Therefore, it’s hard to say which one is better than the other. Still, to help you out, I’d say if you have a debt with a high-interest rate, you should go with the debt avalanche method.

On the other hand, if you have multiple small debts with low-interest fees, you should stick to the debt snowball method. It’s as simple as that. Give it a thorough read before choosing one. Good luck!

Benefits of tipping in online baccarat