Study about Vector Algebra and its Applications in this Article 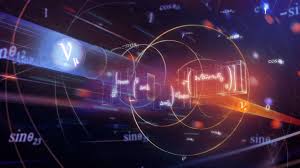 Vector algebra is used to accomplish several algebraic operations involving vectors. The word vector is derived from the Latin word vector, which literally means “carrier.” Vectors are used to convey data from point A to point B. The length of the line connecting two places A and B is the magnitude of the vector, and the direction of the vector AB is the direction of displacement of point A to point B. Vectors are also known as Euclidean vectors and spatial vectors. Vector algebra is utilized widely in arithmetic, physics, engineering, and a variety of other topics.

In physics and engineering, applications of vector algebra are used to execute addition and multiplication operations on physical values represented as vectors in three-dimensional space. Let’s take a closer look at vector algebra, its operations, and its applications.

Without the need for a coordinate system, several basic vector algebra operations can be performed geometrically. Vectors can be used to perform operations such as addition, subtraction, and multiplication by a scalar. Other methods of multiplying vectors include the dot product and cross product of vectors. The many operations in vector algebra are listed below.

The subject of vector algebra is quantities that have both a direction and a magnitude. Many quantities, including velocity, acceleration, and force, must be expressed mathematically and can be represented as vectors. The following are some applications of vector algebra.

A Canon is a piece of artillery that uses gun power or any other explosives based on propellant to launch a projectile. Cannons vary in caliber, firepower and mobility.

In Sports like basketball, and baseball vectors are unconsciously used by players. Ultimately they shoot the target or throw the ball in the direction at an angle which is done by knowledge. The same phenomena could be observed in cricket as well for catching the ball and hitting the shot.

When a train reaches its peak point and rides downhill it gains enough speed for gravitational pull. With its speed to climb the next hill. This procedure happens again and again until it loses its friction. The train will keep on running until the next peak is higher than the first peak.

A wind that has a perpendicular component to the line or direction of travel. When a plane comes to land sometimes it faces difficulties for crosswinds. A pilot can find out the resultant velocity and direction with the help of a vector.

Importance of Kids’ Outdoors Playhouse – How to Choose an Ideal One for All Ages?

5 Reasons of Sourcing Agent To Achieve Your...

Tesla no desk chaos: Musk is forcing everyone...

How to Build the Perfect PC for Gaming...