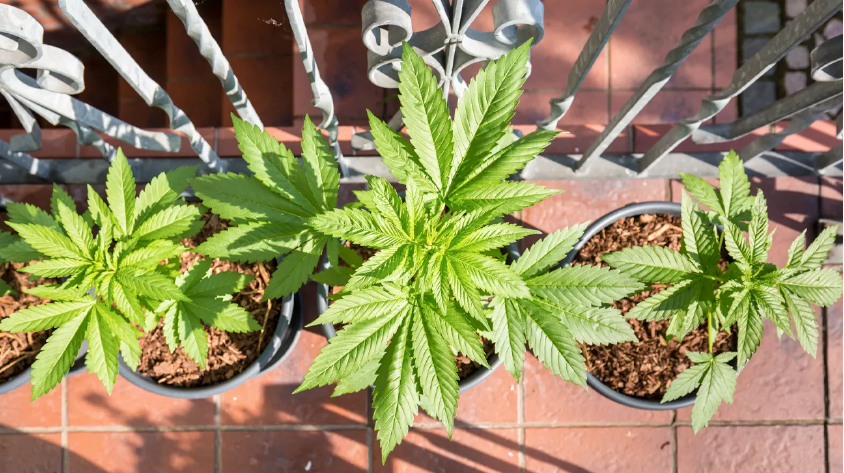 People often misunderstand that hemp and marijuana are interrelated due to their similarities. They are unaware that both are members of the cannabis family. Even though the two plants have distinct features, it is common to confuse them. Now, to clarify the confusion, let us discover the differences between hemp vs. marijuana.

What is the Cannabis Plant Family?

The Cannabis plant family has three main varieties: C. C. indica, C. Sativa, and ruderalis. Additionally, a variety of hybrid plants exist that combine these three strains. Compared to hemp plants, these cannabis plants have far greater and more variable THC levels. These plants have lower CBD concentrations and higher THC levels than hemp plants. This distinction has been getting more noticeable over time.

The euphoric effects of cannabis are best known for being caused by the THC concentration in the resin made by the flowers. However, the majority of the world’s countries prohibit the use of THC and the plants that produce it. Since 1980, things have been this way. Outside of its psychotropic effects, the cannabis plant offers several other beneficial characteristics. The seeds are a rich source of protein and fatty acids, the fibrous stems help make textiles and biodiesel, and the leaves are full of therapeutic substances like cannabidiol (CBD) and cannabichromene (CBC).

Nowadays, hemp is widely available thanks in significant part to the acceptance of CBD. Hemp was considered a kind of marijuana and prohibited for many years. But now that the 2018 Farm Bill has been passed, hemp can be grown and harvested legally in the United States.

A specific type of C is hemp. Sativa. For hundreds of years, hemp has been produced for food, clothing, rope, and other goods. According to the 2018 Farm Bill, C. industrial hemp is made from Sativa plants with a THC content of less than 0.3 percent. THC is present in hemp plants, although only in minimal amounts. But some processed hemp products, such as tinctures, gummies, or capsules, can still make people happy. Most of the time, producers create CBD products using the hemp plant’s leaves and flowers.

Marijuana’s most well-known use is as a recreational drug. It has significant concentrations of delta-9-tetrahydrocannabinol (THC), which makes it perfect for causing a high. Marijuana has various shapes and strains, many of which have distinctive flavors, aromas, and effects. Unique, one-of-a-kind hybrids have been produced due to decades of genetic crossbreeding.

When people refer to “marijuana,” they mean cannabis that can get you high. The phrase is synonymous with “weed” and several other words. Cannabis that contains more than 0.3 percent THC by dry weight is referred to as “marijuana” legally. Each cannabis plant has a unique level of THC. Different strains are cultivated to have different THC content levels. Cannabis sativa, Cannabis indica, or a hybrid are the three types of cannabis plants. Although science has not yet been able to confirm it, each has its own claimed properties and consequences.

Differences between Hemp vs. Marijuana

The following list highlights some of the critical distinctions between hemp and marijuana. The two have crucial differences in cannabinoid constituents, growth habits, and legality.

Cannabinoids, which are present in all cannabis plants and have varying effects on the body, are chemical substances. THC and CBD are the two most often used cannabis compounds. While the latter has gained popularity for its possible health benefits, the former is intoxicating. Hemp plants must have less than 0.3% THC by dry weight to be considered hemp. Since many of them have high CBD concentrations, hemp is frequently the plant of choice among producers of cannabidiol products.

In contrast, marijuana strains often have between 20% and 30% THC content. They may be compelling, mainly due to the absence of CBD. Less than 1% of strains of cannabis contain CBD. There are a few anomalies with a 1:1 ratio of the two cannabinoids, but they are less prevalent than strains with high THC levels.

Hemp and cannabis both have comparable growing methods. Hemp and marijuana are made from Cannabis sativa varieties, which have thin leaves and can grow quite tall. Marijuana strains produced from Cannabis indica frequently possess leaves bushier, shorter, and thicker leaves.

Most of the differences in growth patterns between hemp and marijuana are caused by the resin produced by female flower buds. Polish from cannabis strains is often much thicker and stickier than hemp resin. This resin is where most CBD, THC, and other cannabinoids are produced. Hemp, on the other hand, has significantly less resin and is more likely to store valuable cannabinoids within its lush, dark leaves.

Hemp and cannabis fall into very diverse legal categories. Although laws regarding the cultivation and possession of marijuana vary widely depending on where you are in the world, hemp is generally permitted. Again, this is due to marijuana’s psychoactive properties against hemp’s lack of psychoactivity. The federal government severely regulated hemp farming until recently. To cultivate the plant, a farmer had to apply and was subject to different layers of inspection, control, and taxation.

Following the 2018 Farm Bill’s approval, hemp production is officially permitted worldwide. As long as the plant they decide to grow produces less than 0.3% THC in terms of weight. Farmers are currently 100% qualified to grow hemp on their land. No more applications or government inspections are required. Additionally, hemp removes the need for manufacturers to wade through a confusing web of rules to create CBD products. Because hemp is classified similarly to vegetables, hemp extracts are now considered nutritional supplements.

They are regarded as belonging to the same species because of how similar hemp and marijuana are. The two are different due to the chemical makeup of the individual plants. The plant must have less than 0.3% THC by dried weight to be categorized as hemp; anything more is classified as marijuana.

Most countries have legalized hemp plants since they don’t contain any detectable amounts of THC. Government regulators have begun to relax prohibitions on the plant in recent years since no one is getting high from hemp. Due to this, most CBD products on the market are produced using hemp rather than marijuana. Both hemp and marijuana plants can yield CBD.

How to Start a Credit Repair Business That is Profitable

CBD Tinctures for Pets: What Are They Used...

What Is The Difference Between Sativa And Hybrid...

The CBD Oil Benefits for Dogs

What are the benefits and drawbacks of CBD?