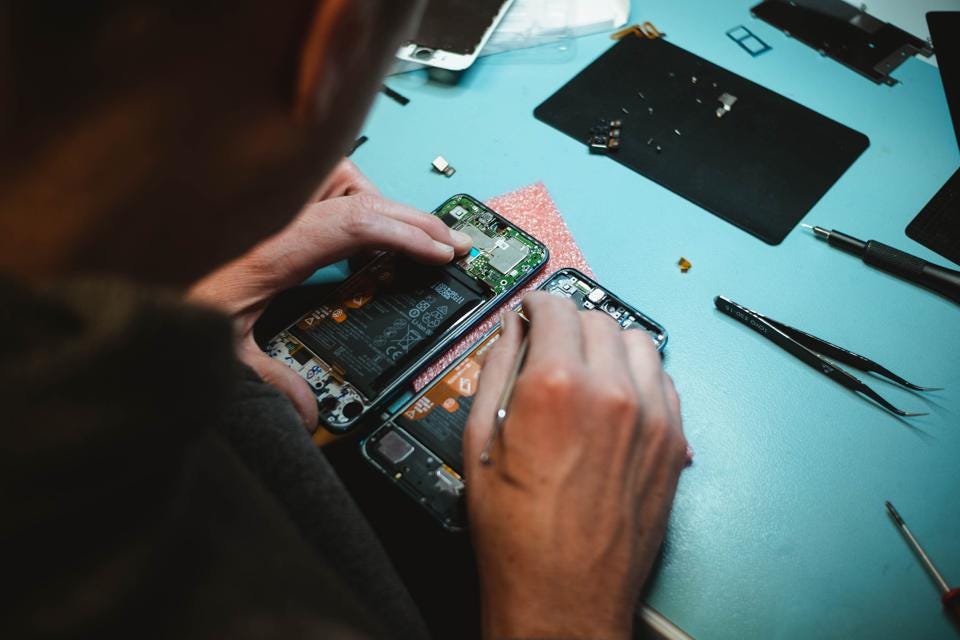 Let me start off by stating a little-known truth.

This is because the process entails damaging carbon emissions. Released in the form of CO2 and carbon monoxide gases. Accompanied by the fallout of such toxic materials as lead and mercury. The cumulative effect of which is ‘habitat degradation’. A catch-all term for ecological catastrophes of all stripes.

In this piece, I’ll explain an odd link. The connection between cell phone repair shop software and the natural world. How an upswing in the use of the former ensures the viability of the latter.

It’s going to be a heady, insightful journey.

Now, the solutions to this quandary have long been clear.

Checked in their advance by special, moneyed interests. Rich corporations that won’t allow a dent in their bottom lines. Businesses that exploit the inherent weaknesses of democratic traditions.

But the current state of climate change renders a production stall imperative. Because as a species caught in the grip, we can’t go on like this. Issue damage to a planet that is our only foreseeable habitat. No matter what the Elon Musks and Richard Bransons of the world would have one believe!

So, my response – against this pragmatic backdrop – is simple:

Because only the deeper entrenchment of the repair industry signals hope. A necessary counter to manufacturers’ increased production output.

Better cell phone repair increases device longevity. And it is no secret that longer phone ownerships correspond with sentimental spikes. An evolved stage in the device-consumer relationship. The point where a separation between the two feels like a violation.

Or, at least, that’s how the masses conceive of this scenario. Forced into a materialistic thought paradigm by the powers-that-be.

Cell phone repair, further, is more than a cursory service offering. It represents a whole way of thinking. A system of reality conceptualization, if you will. Designed to instill a sense of device care in the end-user.

The end result of this didacticism is longer retention tenures. Something that translates into fewer handsets entering the land’s garbage pits.

According to some estimates, around 80% of a cell phone’s carbon footprint comes at birth. During the manufacturing relay – where the metals merge. The remaining 20% is a consequence of electrical charging and operation. What follows post-gestation.

Now, carbon footprints have a direct impact on global warming levels – causing their rise. These increments come as a function of carbonated greenhouse gases. Their combined impact leads to a gradual heating of the earth.

In time, the rising temperatures impact several other natural ecological mechanisms. Rising floods, mediated by polar and glacial ice melts, present an obvious case in point. Environmental emergencies like tsunamis and population landslides are some extreme examples that can result.

I know of many field repair techs who use these factoids in their shops’ marketing outreach. A ‘responsible use of commercial publicity platforms’, as I like to say.

Many repair shop software interfaces, further, promote this messaging. Sending conservation-related prompts to both business workers and customers. Although I do have my reservations about the efficacy of such company-public correspondence.

Conservation is More than Just Preservation

It also has a lot to do with our collective sanity.

Everyone acknowledges that we only belittle the natural world to our personal detriment.

Nothing beats the serenity imparted by the earth’s green spaces. Or the rejuvenation enabled by the rising waves. Or – indeed – the soulful, spiritual ‘high’ engendered by the clear morning breeze.

Sound like the aphorisms you find tugged in every Chinese cookie repository? Well – their real-life implications are anything but abstract.

When this goodness becomes compromised – we all lose.

The whole point of modern-day capitalism, after all, is the accumulation of currency.

The hoarding of material: considered the panacea to life’s miseries. Satiation of the thirst begotten by the thrust of circumstance.

Cell phone repair shop software guarantees this continuation because it downgrades purchases. When the planet has fewer electronic circuits to deal with – everyone will be better off. The whole vicious cycle concerned with protectionism.

The world – and the electronics industry: the trend propeller – seem to be headed down a cliff. A precipice that spells doom for all the stakeholders concerned.

As someone who’s been part of repair since the age of 20, my prognosis isn’t good. Grassroots activists, hoping to stem the tide, still don’t hold much sway. The quarters of power are still hollow.

Only a few weeks ago, we saw the dismantling of a public lawsuit in the field. Launched by the advocates of point of sales software use, it centered on the Right to Repair.

The opposing corporate interests, of course, didn’t favor the move. And, as several media outlets have reported, they called the bluff. Signified, in pure monopolistic fashion, by a downpour of monies.

This situation, as expected, doesn’t lend a healthy tenor to the domain. It makes environmental activists afraid to voice their legitimate concerns. Resulting, as it were, in a big cultural upset between the haves and the have nots’.

My take on the subject, as you might have guessed, comes colored by experience. So I don’t posit it as a set-in-stone proposition.

In so doing, I admit to being curious about how you see this situation unfolding.

Also – do you agree with the assertions made here?

Let me know in the comments below.

LED Floodlights: Everything You Need to Know