Home Business What is hydroponic farming? How can hotels benefit from it?
Business

What is hydroponic farming? How can hotels benefit from it? 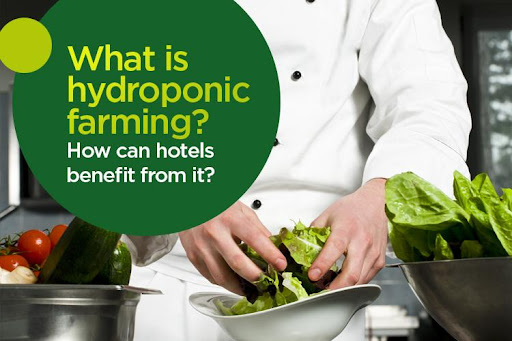 Hydroponic farming is slowly gaining traction in India. It is attracting an increasing number of farmers. Hydroponic farming is a subset of hydroculture, which is a way of growing plants, mainly crops, without soil utilising mineral fertiliser solutions in an aqueous solvent.

Hydroponic farming is soil-free, water-based farming. And it can be done even in a small place like a balcony. Instead of using soil for plant nutrition, crops are given nutrient-rich water, which avoids a lot of the drawbacks of soil-based methods.

There are a variety of techniques to creating hydroponic farming systems, but the basic components are the same.

What do you need for hydroponic farming?

While there are other factors to consider as your hydroponic farm becomes more sophisticated (for example, CO2 supplementation), the five stated above are the most fundamental components of any hydroponic system.

By tracking and altering these important variables, you can start to figure out exactly what your plants require to thrive, and then reproduce those conditions for future growth.

Hydroponics farming has been quickly expanding in recent years, and this trend does not appear to be slowing down anytime soon. The global hydroponics market is predicted to grow at an annual rate of 8.5 percent between 2021 and 2027, according to current predictions.

When compared to typical farming approaches, this is a revolutionary method of agriculture with various advantages.

For starters, it is a more practical choice for farmers who want to expand their enterprise but lack the requisite land. The fundamentals of hydroponic gardening make it simple to increase your yield in a small space without sacrificing the quality of your produce. In fact, when compared to traditional agricultural methods, the quality of fruits and vegetables grown in hydroponics is acknowledged to be significantly greater.

How can hydroponic farming benefit the hospitality industry?

For more than a decade, the hotel business has used hydroponically generated items and the process, particularly in kitchens and restaurants. The future of hydroponics in India is based on the demand for these items.

In India, the cost of output from a hydroponic yield is substantially more than the cost of a single regular unit. However, cost is being reduced as a result of innovation and the use of innovative approaches. As a result, in the next few years, progressive farmers will adopt the technologies more quickly.

Hydroponics allows users to grow a variety of exotic flowers and fish in addition to food crops (vegetables and fruits) (aquaponics). As a result, there are several sectors in the hotel industry where products grown or manufactured using this method are promoted. Restaurant products such as fruits, vegetables, microgreens, fish, edible flowers, and so on are commonly used in hotel kitchens. Lettuce, microgreens, and edible flowers are examples of goods that must have a consistent appearance and nutritional value in order to be served.

Hotels and other companies can grow their own food using hydroponics instead of farmland.  As a result, these farms are frequently found indoors, such as basements or spare rooms, or on rooftops. When a hotel grows its own food, the chef has access to herbs and vegetables that would otherwise be imported. As a result, cooks may use the freshest ingredients available without fear of the meal becoming wilted or stale. Furthermore, food that is cultivated on-site has more time to mature than food that must be shipped. This indicates that the meal is healthier because it has had more time to accumulate nutrients.

A hydroponic farming setup on the premises can also help hotels save money on food. Even if the farm is unable to replace all of the food given by the hotel, it excels at complementing meals with additional costs, such as transportation.

One of the most appealing aspects of container farming is its environmental friendliness. Hydroponic container farms, for example, utilise 90% less water than typical field farming. Furthermore, they do not necessitate the use of chemical pesticides, which are harmful to the land, water supplies, and wildlife.

Adding a hydroponic farm to your hotel increases the image of your business. This is owing to the belief that sustainability is a very effective branding strategy.

Hydroponic farming has already been established at a number of hotels across the world. Because of a variety of causes, hydroponic farming  is the future of farming and the agricultural sector in India. A few characteristics make the process a booming business: less resource consumption, pesticide-free cultivation, maximum area utilisation, and speedier production.