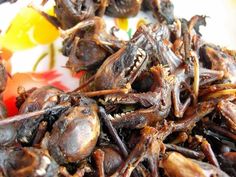 When we think of exotic food, our minds often jump to images of foreign countries and far-off lands. We imagine dishes that are strange and unfamiliar, prepared with ingredients that we have never seen before.

But what exactly counts as exotic food? In its simplest definition, exotic food is any dish that is unfamiliar or unusual. But it can also be used to describe foods that come from a different culture or region, or that require special skills or knowledge to prepare.

For example, balut would be considered an exotic food in many parts of the world, as would a traditional Maori hangi.

Ultimately, the term ‘exotic food’ is subjective, and what counts as exotic will differ from person to person. So next time you’re feeling adventurous, why not step out of your comfort zone and try something new? You might just find your new favourite dish.

Around the world, people have different ideas about what constitutes exotic food. In some cultures, anything that is not commonly eaten is considered exotic. For example, a scorpion is not considered a weird food to eat in China, while in most Western countries, this would be seen as shocking and taboo.

In other cultures, anything that is seen as foreign or unfamiliar is considered exotic. For instance, in the Philippines, balut is a popular dish, while most Americans would view this as gross and unappetizing.

Ultimately, the definition of exotic food in the Philippines would differ from that of Sweden as what one group of people may find to be delicious and exciting, another may find to be repulsive and disgusting.

The History of Exotic Food in the United States

Today, it’s not unusual to find exotic foods like Chinese sausage or Hungarian stew on the menu of your local restaurant. But it wasn’t always this way.

In the early days of the United States, most Americans were unfamiliar with foods from other cultures. This began to change in the 19th century when large numbers of immigrants from Asia, Europe, and Latin America began to settle in America.

These new Americans brought with them a wealth of culinary traditions, and many of their dishes soon became popular with the larger American public.

One early example is chop suey, a dish of Chinese origin that became a staple of American Chinese restaurants in the early 20th century. Today, thanks to the contributions of immigrant communities, the United States is home to a rich and varied food culture.

The definition of “exotic” is actually quite broad. In culinary terms, an exotic dish is simply one that is prepared using ingredients that are not commonly found in the average kitchen.

This can include anything from unusual fruits and vegetables to exotic meats and spices. Of course, the term can also refer to recipes that are traditional in other cultures but relatively unknown in the mainstream.

Whatever the case may be, trying new and exotic foods is one of the best ways to broaden your horizons and enjoy a truly unique dining experience.

How to Cook Exotic Food

When it comes to cooking exotic food, there are a few things to keep in mind. First, it’s important to choose ingredients that are fresh and of the highest quality. This will ensure that your dish is flavorful and enjoyable.

Secondly, be sure to research recipes in cookbooks thoroughly before you start cooking. This will help you to avoid making any mistakes that could ruin your dish.

Finally, don’t be afraid to experiment with different flavors and techniques. The more you experiment, the more likely you are to create a truly unique and delicious meal. With these tips in mind, cooking exotic food can be a fun and rewarding experience.

Conclusion to Weird and Exotic Foods

Exotic food is a term used to describe food that is considered unusual or different from the typical cuisine of a particular country or region. The definition of exotic food can vary depending on whom you ask, but in general, it refers to dishes that are uncommon or difficult to find.

While some people view exotic food as strange or unappetizing, others find it intriguing and exciting.

Ways to create your own farmhouse kitchen

Sugar Baby: How to Get a Sugar Daddy?