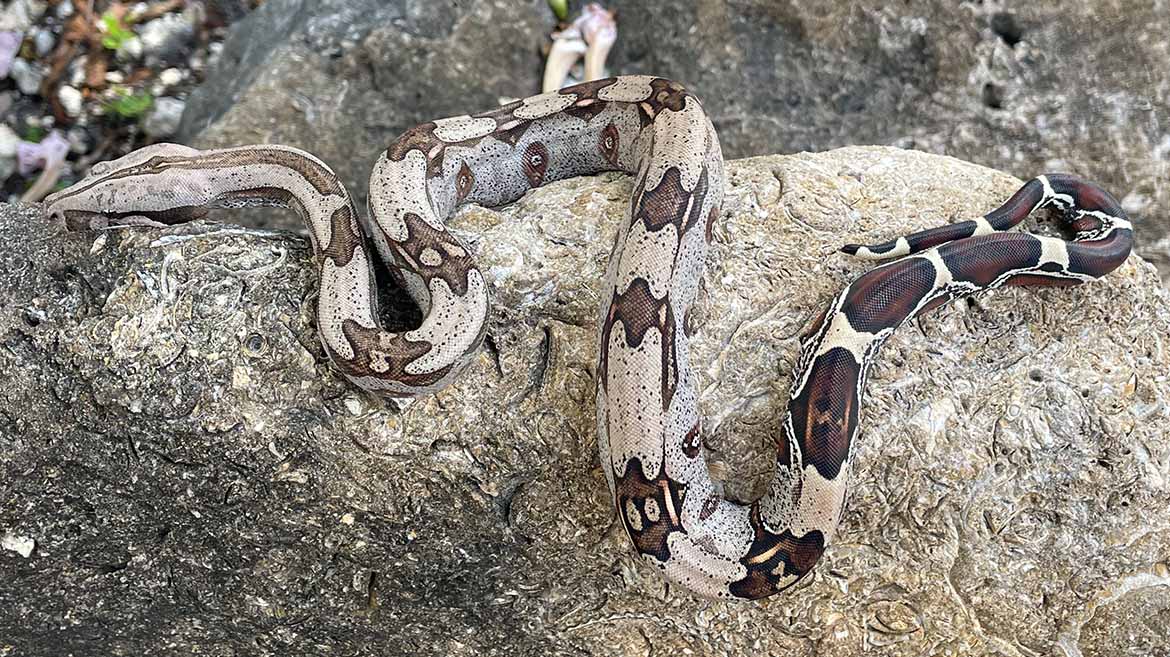 While most people prefer pets of the four-legged and fluffy variety, there is certainly a huge interest in critters that would rather slither than go for a walk. Indeed, snakes are becoming more popular as pets by the day. Naturally, you may be questioning what serpentine friends make the best pets, and why. Thankfully, this guide will go into detail on the nuances of some of the more commonly kept pet snakes available in the hobby.

Considered a medium sized member of the entries on this list, the dwarf boa has an adult size of around three feet. While some dwarf boas were bred for size in captivity, these snakes are smaller than many of their counterparts due to environmental factors from evolving in Central America and the West Indies. Overall, this is a well tempered, highly sought after snake popular among reptile enthusiasts and collectors.

Also known as the boa constrictor, these snakes are among some of the largest you will find in pet homes, reaching lengths of up to 10 feet. While these snakes will need a considerable amount of space to thrive, they do still make docile pets tolerant of handling. When they’re not hunting, red tail boas generally prefer to stay out of the way and keep to themselves in a hiding space such as a log or the abandoned burrow of another animal. These snakes are typically solitary animals, preferring to socialize only when mating.

Another consideration when keeping this snake will be procuring food items large enough for it. While they can live on smaller mice as young animals, they will need to graduate to larger prey items, such as frozen jumbo rats.

This small North American snake is known for its distinctive short snout, which is where the name “hognose” derives from. To ward off predators, this snake has a unique method of “playing dead”, which is known to be especially dramatic. While eastern hognose snakes do indeed have a mild toad specific venom, it is completely ineffective against people and other animals.

This snake gets its unique name from an old urban legend that states these snakes would milk cows to drink for themselves. This was likely an attempt to explain why cows had lower yields than usual.

This snake is also rather well known for another important reason, and that is that they have evolved to look similar to the deadly coral snake. This is where the phrase “red touch yellow, kill a fellow” comes into play to remember the banding of the coral snake. While no one will list coral snakes for sale, it still would certainly be prudent to remember that short saying whenever you may find a coral snake in the wild.

Snakes – when properly cared for and socialized – can make a wonderful companion for nearly any home. Whether you’re a veteran reptile fancier looking for a snake for sale or just getting into the hobby, there will be a variety of pet snakes that do well as pets to choose from.

Jobs in Civil Engineering in the USA

What to Consider When Planning a Vacation with Your Pet

Can munchkin cat have short hair?

How wholesale dealing with pet products from HiPet...

How to take care of your pet animals?

Why do dogs tremble their heads?

How Long Does it Take for a Chameleon...