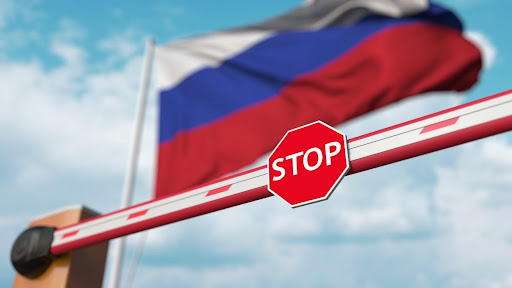 Russia’s invasion of Ukraine has been an event that has shocked and impacted the globe in a vast number of ways. The ripple effects of the invasion have spread into every sector and industry in the world, but most significantly, in the financial markets.

As a way of discouraging the invasion and condemning President Vladimir Putin’s actions, various Western countries have placed trading sanctions of Russia, which prohibits things ranging from financial transactions to the exporting of goods.

Naturally, these sanctions have caused huge changes in the stock market, and as a professional trader, it’s essential that you identify these changes to more accurately execute your trading strategies. You can always find out more about stock trading from Plus500, for example, and the factors which can affect the market, in order to inform your actions.

In this article, you’ll find a detailed outline of the stock market’s reactions to Russian sanctions.

One reaction to the Russian sanctions, is reflected in the way energy stocks have surged, as a result of import supplies and energy demand.

Russia is the main energy supplier for Europe, accounting for 40% of their natural gas imports, and providing two and a half million barrels of crude oil exports each day. Russia is in fact the third biggest oil producer in the world, behind the US and Saudi Arabia.

However, with the sudden inclusion of sanctions on Russian exports, a huge percentage of Western energy supply has now been cut off. As a result, there has been a massive increase in the demand for energy from the remaining suppliers, and oil and gas prices have sky rocketed, with no signs of coming back down anytime soon.

Consequently, shares in energy companies across the globe have massively risen, particularly in places like the US, who are the biggest supplier of oil, and who have now become much more integral in supplying the world with energy.

For instance, the American energy company Occidental Petroleum Corporation (OXY), has seen a 96% increase in share price from year to date (29th March 2022).

The high demand for energy – in the US, crude gas prices at one point reached $130 per barrel – has massively impacted the share prices of energy stocks across the globe.

Another evident impact of Russian sanctions on the stock market, is found in the falling share prices of banks.

Russia has been excluded from Swift, which is the core global payment system used for money transactions across foreign states, and this has greatly restricted foreign investments. This, paired with the overall conflict, has caused many European bank shares to plummet.

There has been a broader market sell off, since several banks have lending operations and portfolios in Russia, which naturally has incentivised investors to sell. This has resulted in may share prices taking a huge hit across Europe.

With connections and operations in Russia now a liability, several banks are seeing stock prices drop in response to the sanctions.

One of the more major reactions to Russia’s sanctions on the stock market, is the complete suspension of certain stocks.

Following the invasion, as part of the Western sanctions on Russia, the London Stock Exchange excluded trading in 27 Russian-linked companies on March 3rd. This completely suspended any trades, investments, or transactions being made regarding these shares, and essentially took them off the market.

As a result, countless stocks which were already plummeting due to the invasion, were hit with an extremely detrimental suspension, which could in fact lead to collapse.

For instance, Sberbank (SBRCY) is one of Russia’s biggest employers, and is a majority state-owned banking and financial services company. SBRCY was hit with the stock suspension, amidst its already critical share price fall of 99.72% year to date.

However, as of March 24th, many stocks including SBRCY were slowly beginning to be re-opened to trading. Despite this, the share prices still remain detrimentally low, and it remains to be seen whether they will recover from the suspension.

After reviewing the main reactions that the stock market had to Russian sanctions, you can now approach your trades with a more informed basis on where the market’s currently at, and where it’s likely to go.

Photovoltaic Panels vs. Solar Panels: What Are the Differences?

Best Neighborhoods in Austin for professionals

The Impact Of COVID On Cash Loan Services 

How to get a good credit score?

Know The 6 Popular Strategies To Invest In...

Can Refinansiering or Refinancing Your Mortgage Lower Your...

All You Need To Know About Title Loans...