The Impact Of COVID On Cash Loan Services  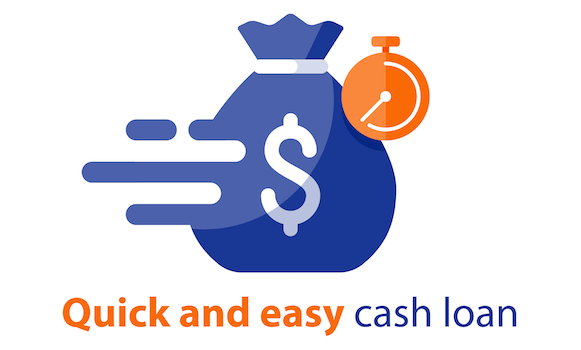 The COVID-19 pandemic impacted the entire world, with businesses grinding to a halt and people being confined to their homes. Businesses were struggling to afford wages and rent as they weren’t bringing any money in. However, once things were slowly allowed to re-open, trying to make back the money they lost was proving quite hard. Things like free payment processing were utilised by a lot of companies as it really helped them cut costs even further to try and maximise their profits. Another sector that was impacted by the pandemic was cash loan services. Keep reading to find out more…

With so many people out of work, lots of loan companies suddenly found that they wouldn’t be receiving as many repayments as they were previously. This led loan providers to offer payment holidays to members of the public who needed it during the pandemic.

They might have then asked the borrower to increase their payments when they were unpaused, but this wasn’t that common. Some lenders also paused interest increases too. This meant that a lot of people saw their total repayment amount remain the same, helping them keep their debt to a minimum in a time of need.

However, pausing repayments and interest did mean that loan providers lost some money as well, but they would have lost it either way. If they didn’t pause them, people wouldn’t have been able to afford them anyway. Instead, allowing people to forgo a few repayments meant they didn’t accrue any late fees when it wasn’t their fault they couldn’t afford it.

Offering people help with their repayments was an approach that a lot of loan providers offered. Even the government allowed people to skip some council tax payments until the next year as well. Some lenders allowed people to reduce their payments instead of pausing them, allowing the lenders to keep some money coming in and helping people reduce their debt at the same time. Although it was useful for some people to take advantage of the payment holidays, this approach wouldn’t work for all lenders, so giving people the option to reduce their payments proved to be better.

As most people’s and most businesses’ affordability decreased during the pandemic, lenders had to change their approval criteria slightly. This meant lowering their thresholds for affordability slightly, as a lot of people’s circumstances changed overnight, meaning they instantly lost money.

Although some lenders might have become more lenient, others didn’t and took this as an opportunity to be stricter on their approvals as they didn’t want more people to get into debt than they could afford. This probably cost them money as they found themselves approving a lot fewer applications, but really, it was for the benefit of their customers.

The pandemic was a tough time for everyone, but it also impacted companies you might not have thought about. Cash loan services were greatly affected by the pandemic as they weren’t able to take as many repayments nor approve as many applications.

This was detrimental to the company and their customers, but it seems that they’ve now managed to make it out the other side. Hopefully, we’re now more prepared for situations like this and if it were to, unfortunately, happen again, cash loan services won’t be as impacted.

HOW TO INCREASE RESPONSE TO EMAIL USING BULK SMS?

Do’s and Don’ts for TDS Returns

What is Loan Refinancing?

How to Get a Bad Credit Loan Guaranteed...

How to Choose the Right Online Payday Loan

How to Get Guaranteed Approval for a Bad...

Understanding the Effect of Tax Depreciation