Some Unavoidable Reasons for Higher Rate of Motorcycle Accidents 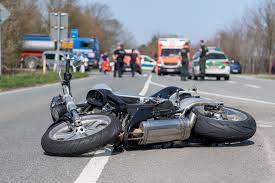 Motorcycles are among the most fun and thrilling modes of transportation, but there are a number of risks associated with riding one that you should be aware of before hitting the open road. In terms of deaths, riding a motorcycle is the riskiest mode of transportation; regrettably, most of the time, the motorcycle driver is not at fault.

The problem with motorbikes is that they obstruct far less of a driver’s field of vision, which means that when they are getting ready to make a turn, change lanes, or pull out into a road, they can miss the motorcycle while scanning for a bigger passenger car. The best way to ensure that you are protected legally and that someone is advocating for your right to just compensation while you are concentrating on your rehabilitation, you should get the services of Los Angeles motorcycle accident lawyer.

Obtaining a just settlement can be a very difficult and frequently contentious process because the insurance company will do everything in its power to decrease your final amount. The most frequent causes of motorcycle accidents that a personal injury lawyer can assist you with are as follows.

The justification for allowing lane splitting is that it eases traffic congestion and increases the likelihood that bikers won’t be rear-ended. When changing lanes, however, unskilled drivers might not be watching for a driver who is lane-splitting and can result in significant injury.

It is the driver’s responsibility to make sure there is no approaching traffic that has the legal right-of-way to pass straight through the intersection when they approach an intersection in preparation for a left turn. But because a motorcycle visually occupies less space than a car, someone who is not specifically on the lookout for one can fail to spot one, turn into the traffic lane, and cause an accident.

Driving while intoxicated is risky and reckless, putting the inebriated driver and everyone else on the road at risk of an accident. This is true whether the person operating the motorcycle or someone operating another vehicle is under the influence of alcohol or other drugs. Alcohol and other substances can down reaction times, make it harder to pay attention, make it harder to spot dangers, and even make it more likely that a driver will miss a motorbike before making a risky move.

Motorcycle collisions are no different from other auto accidents in that inexperience is one of the main contributing factors. The important point is that inexperience causes diversions, bluster, and recklessness, among other things. This inexperience can be a factor for both vehicle and motorbike drivers. It can be a formula for disaster when a motorbike driver shares the road with a novice driver who is either distracted or speeding erratically. Equally, a novice motorcycle rider can find it challenging to avoid a danger that a more seasoned rider might have been able to do.

Have Discussion with the Attorney

Injured motorcycle riders would be advised to schedule a consultation appointment with a lawyer after completing the aforementioned steps. Many personal injury attorneys offer no-cost initial consultations, letting those who have been hurt seek counsel without worrying about money. The process of pursuing just compensation is far less stressful when wounded people engage a lawyer to represent them. All of the steps involved in pursuing compensation are handled by attorneys. The attorney takes on the role of an advocate for their hurt client.

A motorcycle can be risky even if it provides a great deal of freedom on the open road. As a result of many drivers’ irresponsible disdain for motorbikes, many victims of motorcycle accidents sustain injuries. When a person is critically hurt in a motorbike accident, they must pursue financial recompense for their losses. Getting legal assistance is frequently crucial for those seeking compensation.

The Advantages of Kior Company For the Small Businesses

How you can Recover Easily After Having a Car Accident

How to Get a Loan with No Credit...