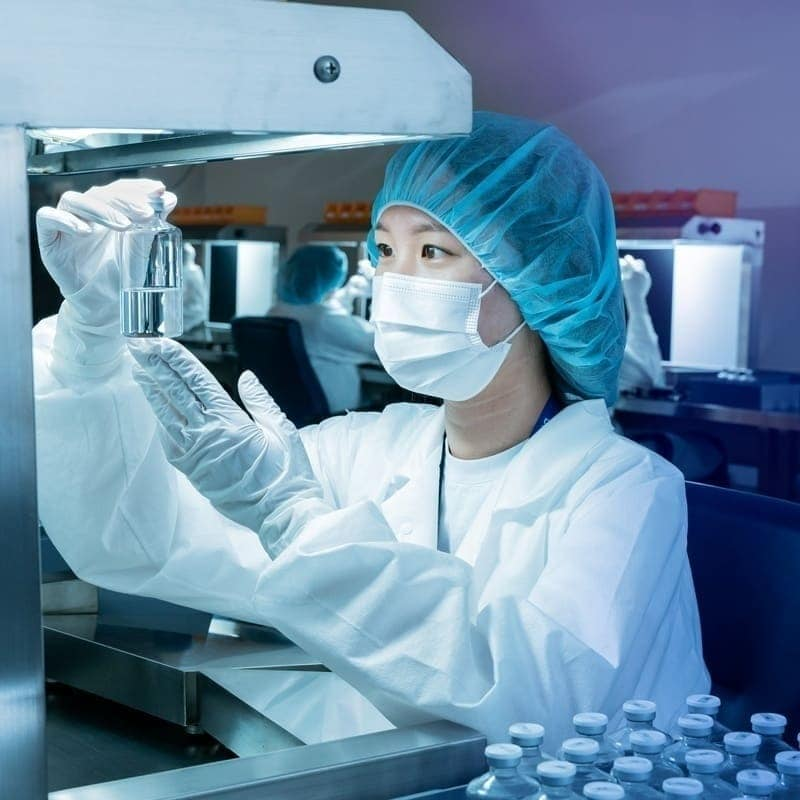 Samsung Biologics, a leading contract development and manufacturing organization (CDMO), has built a reputation for developing capabilities quickly. The CDMO has constructed three large plants at its headquarters in Songdo, South Korea, and a fourth plant is currently under construction, expected to be fully operational in 2023. The pace of Samsung Biologics’ growth made it an industry leader in manufacturing capacity shortly after its founding as the biotechnology arm of Samsung Group in 2011. And in 2021, Samsung Biologics decided to enter the mRNA vaccine production space, announcing that, after successfully providing fill/finish services for Moderna’s COVID-19 vaccine, it would add drug substance capabilities to its Songdo facilities to provide end-to-end mRNA vaccine production services for clients.

“This collaboration demonstrates a major milestone for Samsung Biologics as we will commence our expanded capabilities and operations to provide one-stop, end-to-end mRNA production from drug substance to aseptic fill/finish to commercial release, all from a single site,” said Samsung Biologics CEO John Rim in a statement announcing the deal with GreenLight last year.

This swift development of end-to-end mRNA vaccine production capabilities has positioned Samsung Biologics on the cutting edge of mRNA as the technology continues to gain traction in research and development following its successful use in COVID-19 vaccines.

When synthesizing mRNA in the process of mRNA vaccine production, the goal is to encode genetic information that can generate disease-fighting proteins. This is a different goal from that of genetic therapeutics, which aim to alter the patient’s genes. mRNA vaccines do not alter a patient’s DNA, but instead send a specific genetically encoded message to the patient’s cells before being quickly dissolved by the body. In the case of mRNA COVID-19 vaccines, the message is to create proteins that trigger an immune response to the COVID-19 virus.

To synthesize mRNA molecules for vaccines, Samsung Biologics utilizes a pDNA (plasmid DNA) linearization process, treating circular DNA molecules with enzymes and nucleotides to create linear strands that can be transcribed into mRNA molecules. pDNA is purified through chromatography and diafiltration and transcribed via an in vitro method, meaning no living cells are involved. This in vitro technique avoids the time-consuming traditional vaccine development process of growing a virus in living cells, and it thus provides a major advantage of mRNA vaccine production over traditional vaccines, particularly for addressing fast-mutating diseases.

A key benefit of a one-stop approach to mRNA vaccine production is that once these mRNA molecules are synthesized, they are stabilized at the same location, reducing the risk of contamination and degradation from frequent handling at multiple locations. At Samsung Biologics, the stabilization process involves encasing mRNA molecules in a protective layer of liquid nanoparticles and ensuring proper cold-chain storage at temperatures as low as minus 70 degrees Celsius as needed.

Following the mRNA drug substance production process, Samsung Biologics produces the final drug product, in this case, the filled vaccine vial that will transfer the mRNA to the patient. This drug product side of the mRNA vaccine production process, which Samsung Biologics implemented for Moderna’s COVID-19 mRNA vaccines, involves aseptically fill/finishing the vaccines, as well as labeling and shipping the final product.

Aseptic fill/finishing mRNA vaccines requires transferring the stabilized, purified mRNA molecule to a sterile vial, avoiding any contamination or degradation of the molecule in the process. To ensure that the drug substance is not compromised in this final step of mRNA vaccine production, Samsung Biologics utilizes precise filling, dispensing, and sealing systems and maintains strict clean room environments with an area of 1,536 square meters, along with around-the-clock temperature monitoring.

The Potential of mRNA Vaccines

These end-to-end capabilities give Samsung Biologics the ability to play a key role as mRNA vaccines improve with more research. While the first and only currently approved mRNA vaccines are those that combat COVID-19, researchers are working on a variety of potential applications for these easily editable molecules that can be produced quickly and at large scales.

“The COVID-19 pandemic saw the dramatic increase in investment and accelerated expansion of mRNA-based technologies. The use of mRNA vaccines highlighted their massive potential, and subsequently led to it becoming the technology of choice for COVID-19 vaccine developers,” explained Huisib Lim, lead scientist of mRNA technology transfer at Samsung Biologics, in a recent roundtable. “However, its popularity is not limited to only the COVID-19 market. Its flexibility and effectiveness have made it an attractive option for the treatment and prevention of many other diseases, ranging from cancers to HIV. As of July 2021, there were more than 70 mRNA therapeutics in clinical pipelines globally and many more assets in early development.”

How To Pass The Series 7 Exam? I’ve Tried Twice.