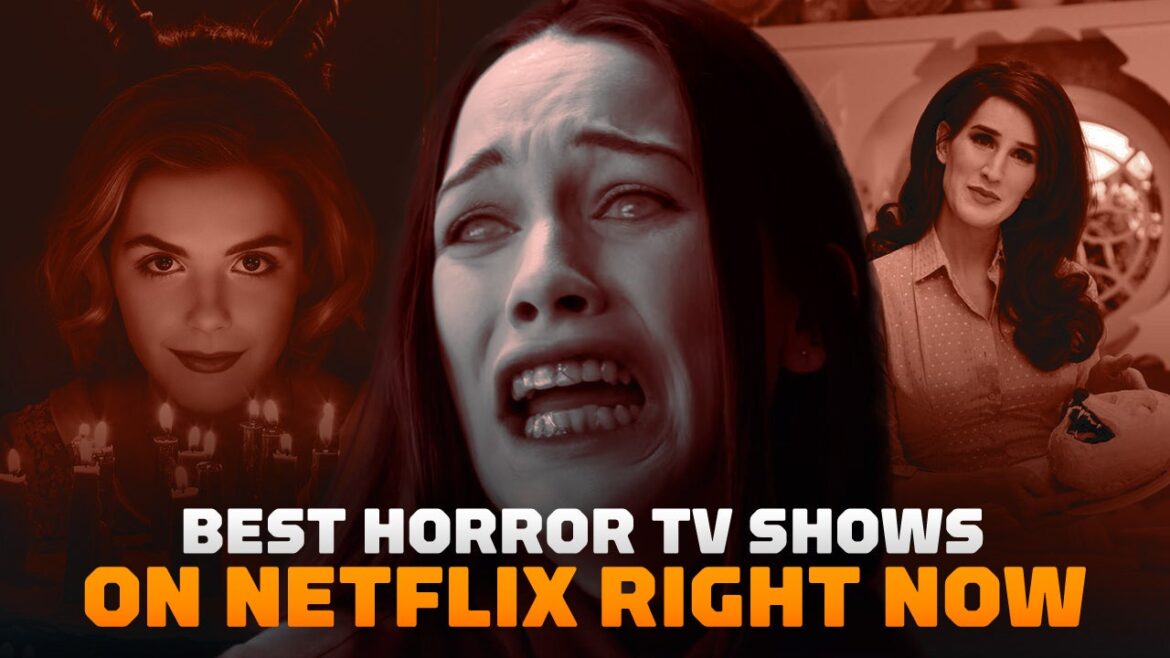 Horror is not for everyone- it leaves you scared and gets into your psyche. But that is its charm! And with Netflix producing original horrors as well as accumulating horror shows from different creators, the platform has gained a massive variety of horror shows that range from psychological thrillers to supernatural horrors. Here are some of the highest-rated horror series on Netflix that should be on your “watch now” list! You can watch most of these for free on TV aerial. Click here to get a TV aerial installed

A psychological thriller, Ratched is based on the book series by Ken Kesey called One flew over the Cuckoo’s nest (a name as bizarre as the book). Played by Sarah Paulson, the show follows the story of nurse Ratched. She might look like a nice nurse, depending on her perfect appearance that is accessorised to impress, but in reality, she is manipulative, conniving and has unexplainable darkness inside her as a result of the things she went through in her past. Her motivations drive her to get employed at Lucia State Hospital, a mental institution, at any cost and they don’t just stop there. Her plan for her advancement through promotion is based on the lives of others, literally. Her sociopathic behaviour is not very prominent yet in the series (according to the writers) but you will feel that it is. As her desire to rise increases, so do the crimes that are as terrible as hers.

We have all seen the western thrillers with zombies existing in modern times. However, have Kingdom, a South Korean drama, is set in the Joseon period of the country’s history, making it different from the existing zombie horrors. The stories in this short two-season drama follow the established society and the people living in it, which is extremely different from the western zombie horror storytelling. The show follows the story of the prince that has been declared a threat to the kingdom. However, after a zombie outbreak, it is up to him to save his kingdom and himself. A gripping horror series on Netflix, Kingdom is unlike the zombie horrors you are used to.

An apocalyptic drama that replaces zombies with monsters, Sweet Home is a South Korean horror series that is not for the faint of heart. With a lot of bloodshed and gore, sweet home follows the story of an apartment complex and its survivors who are trying their best to stay safe and alive. The action-packed drama gives a video game kind of feel to the horror series with its uniquely designed monsters. Based on a webtoon of the same name, the series follows the story of Cha Hyun Su, a young adult, who after losing his parents moves into an apartment block. Soon after though, the block is put into lockdown as humans start turning into monsters and an apocalypse precedes.

Creeped Out is an anthology series that covers a different story and characters in every episode. However, it connects every episode with a character named ‘the curious’ and ends with them as well. The self-stated purpose of this mysterious man is to collect stories and if his appearance doesn’t creep you out enough, each of the individual episodes will! The show has two seasons, and you will find easter eggs that connect all the stories. A fun little horror show that will ensure you don’t sleep for the next week creeped out is a must-watch for horror fanatics.

A creepy and supernatural show that fits right in between horror and reality, Chambers scares you, but in ways you can’t imagine. The story follows a young girl named Sasha who has to be rushed to the hospital due to a heart attack. Being extremely lucky (or unlucky, in this case), they can find her a heart for her heart transplant immediately. Once she has finally recovered from the operation, however, weird things start happening. Instead of seeing herself in the mirror, she sees a white woman with blonde hair. She starts doing things she can’t remember and remembering things she didn’t do. Turns out, the woman Sasha keeps seeing is Becky, a woman who died suddenly the same night when Sasha needed a heart. It was Becky’s heart in Sasha’s chest all along! The show gets weirder as it goes on and is not for those who can’t handle creepy horror.

College is difficult- from fitting into finding a group that caters to your personality. And when Rosa starts going to Amsterdam college, she feels the same way. A hardworking premed student, she has the responsibility of looking after her mother, who suffers from schizophrenia. However, when she meets her friend after a long time, and their visit gets interrupted by his friends, she becomes curious. The next day, she finds herself with an invitation to a secret society- providing her with a chance to belong. What starts as a need to belong turns into something much sinister when she discovers that it is a demonic society she has joined.