Home Education All You Want To Know About Panchang?
Education

All You Want To Know About Panchang? 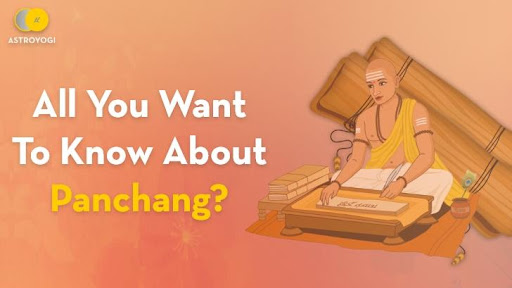 In Hindu astrology, Panchang is a kind of Hindu calendar. The literal meaning of this term is “five limbs.” This astrological almanac provides valuable astrological details needed by an astrology expert. Get free astro chat sessions with the most popular astrologers online.

Panchang is referred to as seeking and choosing an apt and lucky time for major events, rituals, or activities. For example, marriage, starting a new project or venture, job interview, trip, etc.

It is an old technique for harmonizing our actions with auspicious times to lessen hindrances and raise our odds of success. In different terms, it aids in knowing what days and periods are auspicious for a person and which ones might lead to troubles in an attempt to prevent them. This astrological almanac is a useful and realistic use of Indian astrology. With the help of this, we can know the superiority and nature any day beforehand. Online chat with astrologer can be the best way to know your daily horoscopes, matchmaking, and Panchang.

Many customs and festivals are connected with Tithis. A majority of the festivals take place during Amavasya or Poornima. It must be kept in mind that the beginning and end of a Tithi is based on the degree of the Moon from the degree of the Sun. Thus, a Tithi can begin or end at any time during the day.

Din is also known as Vaar. There are 7 days in a week, and each one is associated with its ruling planet: Monday (Moon), Tuesday (Mars), Wednesday (Mercury), Thursday (Jupiter), Friday (Venus), Saturday (Saturn), and Sunday (Sun).

A Yog is attained through the sum of the Nirayna Longitude of the Sun and Moon. The sum is split into 27 portions (13°20 each).

The literal meaning of Nakshatra is: which doesn’t decay. These are stellar constellations.

In astrology, there are 27 Nakshatras, and all of them have 13 degrees 20 minutes of the zodiac. One can identify the Nakshatra using the degree of the Moon in a specific sign during the time of birth.

Nakshatras affect the personality trait of the zodiac wherein they are placed. The series of all the Nakshatras starts with Ashwini Nakshatra in the zodiac sign of Aries.

Every Nakshatra has a heavenly lord, and that is utilized for K.P calculations and Vimsottari Dasa. They even represent Gan, Yoni and Nadi.

A Karana is done as the Niryanaa Longitude of the Moon attains every 6 degrees on that of the Sun. In all the Tithis, 2 Karanas cover both the halves of the Tithi. Overall, there are eleven Karanas. Out of them, 4 take place only one time a month. These are the fixed Karanas (Sakuni, Kintughna, Naga, and Chatushpada), and the other 7 are movable Karanas (Balava, Kaulava, Vanija, Taitila, Vishti, Gara, and Bava).

As per Vedic astrology, Rahukalam is considered an important subject. This is because it assists in finding out the unfavorable time in a full day for commencing any new or vital task.

However, Rahukalam is evaluated using sunrise and sunset time. Thus, it is clear that it’ll vary from one place to another.

As this period is based on the sunrise and sunset timings of your respective place, you need to gauge it for any day.

Use the online platforms to have free astro chat or chat to astrologer for other services like free Kundli, lucky number, weekly horoscope, matchmaking, etc.

Similar to Rahukalam, there are times called Yamagandam. These are regarded as unfavorable times for commencing any important task.

That was everything that you wanted to learn about Panchang. If you want more info about the same, you can get in touch with a trustworthy online Jyotish.

How To Get Personalized Balloons That Go With Your Theme

Everything You Need to Know About Silver Earrings

​​How to write a good essay?

What are the things you should consider to...

The Importance Of Absorption Vessels In Hydrogen Sulfide...

Improve Your Hiring Process With These 5 Aptitude...

Some Great Ways To Foster a Strong Communication...

What can you do with a computer science...

Is a Master’s in Interior Design the Right...